John Shepherd was born on Olmstead Ridge, on the Lancaster road, ten miles from Philadelphia, March 16, 1728. Nothing can be learned in regard to his father and mother; their names and nationality are unknown.

Nothing is known of his boyhood. We know that he served as a soldier during the French and Indian War. He was with Washington's troops at the celebrated battle of Braddock's Defeat. The Cleveland Leader in an article published recently, (1913) says that “John Shepherd was undoubtedly the last survivor of the troops who were present at Braddock's Defeat." He was a sergeant under Washington. After his return from the French and Indian War he married, but the name of his wife is unknown. At the beginning of the American Revolution he was a widower with one little girl. He left his little daughter in charge of a neighbour and enlisted as a soldier in Captain Caleb Armitage's company of a Philadelphia battalion of militia, Colonel John Moore commander, as is shown on page 677, volume 1, Pennsylvania Archives. He fought at Brandywine and during the battle was wounded by the premature discharge of his own gun while loading it. He was also in the battle of Germantown Flats.

In volume 13 of Pennsylvania Archives it is recorded that John Shepherd was taken prisoner, in company with six comrades, while on a scouting expedition. They were confined in White Church, Philadelphia, for some time. They escaped through the efforts of a party of American troops who made an attack on the church at night.

For over three years he served as a soldier in the struggle of the colonies for independence. On leaving the army he sought his little girl, but the neighbour in whose care he had left her, had moved away and he never again heard from his child.

There came from Slygo County, Ireland, a rosy-cheeked maiden, aged 18 years, named Elizabeth Gould. She had come to the new world with her aunt, Margaret Micheltree. Miss Gould taught school for a time; how many years elapsed before she met John Shepherd we cannot tell, but they met at length and she was wooed and won by the veteran of two wars. For a time they dwelt in Blackhole Valley, Pa. Then they moved to Williams Post. For a number of years their home was in Laurel Sock, Northumberland County, Pa. Here several of their children were born. In 1805 he went to Canandaigua, N.Y. Here his wife, Elizabeth, died when his youngest child was a babe.

His oldest son, John Shepherd, Jr., enlisted in a New York regiment on the breaking out of the War of 1812. He was never heard from after he went into the army. In 1816 Mr. Shepherd, who was then 88 years of age, emigrated with the family of his daughter, Mrs. Margaret Engle, to Royalton, Ohio. Mr. Shepherd drove the first team that ever entered Royalton. Mr. Engle's family was the first one to settle in Royalton township.

In 1826 his daughter, Mrs. Jane Beels, with her family, settled in the southeastern part of Parma. From this time until the close of his earthly life he made his home with his daughters, Mrs. Engle and Mrs. Beels. He occupied himself in making the gardens of the two families. His granddaughter, Mrs. Amoret Engle Enos wrote: "My earliest recollection of Grandpa Shepherd is as I saw him working in the garden which he took great delight in tending. It was said that we had the best garden in town while he was able to cultivate it. I can see him now as he sat in the shade of an apple tree leaning on his hoe and resting. He was indeed a venerable patriarch." Another grandaughter, Mrs. Julia Beels Hodgeman, "I used often to take him a cup of buttermilk, his favorite beverage, as he worked in the garden."

With regard to his personal appearance and character, his grandson, R. F. Beels, writes: "I remember Grandfather Shepherd as a man about 5 feet, 8 1/2 or 9 inches in height; his weight about 135 pounds. He was of light complexion. His hair was a light brown and unlike that of most old people never turned grey but retained its color.

“He had a very mild disposition. In all the years in which I knew him, I never heard him complain of the treatment he received from anyone or speak ill of any person. I often heard him tell of war scenes and speak of his being under General Washington. He often told of the battles of Brandywine and Germantown.

He died at the home of Mrs. Engle in Royalton, Ohio, and was buried in the cemetery there. On the stone at the head of his grave is the following inscription:

Olonzo Engle, a grandson of John Shepherd says, "There is one incident in my Grandfather Shepherd's life which I recollect distinctly. One morning at the breakfast table father said to brother William and me that he wished us to hurry and finish sowing the wheat as our corn was ready to cut. I was 16 years of age at the time and grandfather was 112 years old. When we had finished breakfast grandfather got a long butcher knife and taking it and his chair he went to the cornfield. He worked until the horn blew to call us to dinner. After eating his dinner he laid upon his bed and rested half an hour, he then returned to the cornfield and worked until night. The next morning William and a man named Porter went to the cornfield and measured the ground. They found that grandfather had cut two acres of corn in one day." 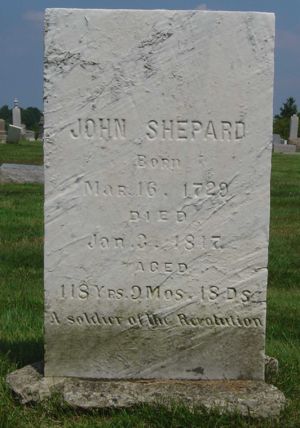 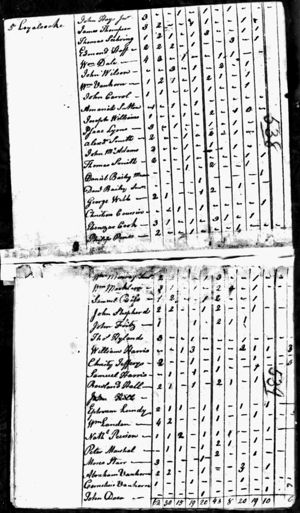 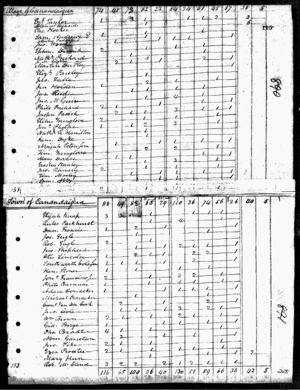 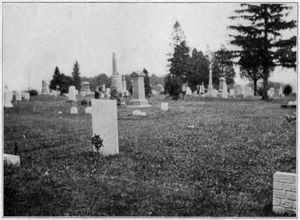 Rose Edwards
corrected death year to headstone date otherwise he would have been the oldest man living :)
posted Apr 21, 2018 by Rose Edwards