Rebecca Shepherd, the seventh of the children of John Shepherd, was born in Laurel Sock, Pa. in 1803. When she was about two years old her parents removed to N. Y. Her mother died in 1806, leaving Rebecca and two younger sisters in the care of their sister, Margaret.

Rebecca's home was in Canandaigua until she was about 20 years of age. She and her younger sisters then went to Royalton, Ohio, to rejoin their father, and sister, Mrs. Margaret Engle, who had gone in 1816 to seek a home in the forest a few miles south of Cleveland, Ohio.

She was married to Asa Burroughs, who was then a resident of Cleveland. The date of their marriage is unknown, but it was during the winter of 1823-4. Mr. and Mrs. Burroughs made their home in Cleveland. Mrs. Burroughs was a member of the Christian (Disciple) church. In disposition she was cheerful and very tender-hearted. A niece of her says that she was always looking out for orphan children. This niece tells how she, herself an orphan, was befriended by Aunt Rebecca and a place found for her in a better home. She is said to have been a strict disciplinarian, and a hard worker. In personal appearance she was well built, light complexioned, with blue eyes. She and her husband, who was dark complexioned, are said to have been a fine looking couple at their marriage.

Mr. Burroughs died July 20, 1852, in Cleveland, of cholera after an illness of five hours. After the death of her husband, Mrs. Burroughs spent much of her time with her son, George W. Burroughs, in Lafayette, Ind. While on her way to visit her children in Cleveland, she was taken ill and died at Waterville, Ohio, September 17, 1862. Her remains rest beside those of her husband in Erie Street Cemetery, Cleveland.

The Book also is in the Family Search Library: John Shepherd Family book

Is Rebecca your ancestor? Please don't go away!

ask our community of genealogists a question.
Sponsored Search by Ancestry.com
DNA Connections
It may be possible to confirm family relationships with Rebecca by comparing test results with other carriers of her mitochondrial DNA. However, there are no known mtDNA test-takers in her direct maternal line. It is likely that these autosomal DNA test-takers will share some percentage of DNA with Rebecca: 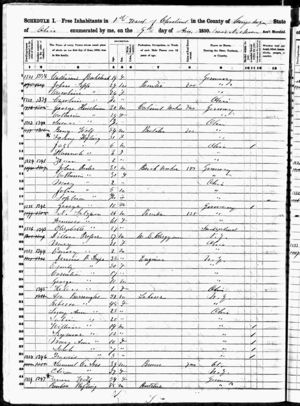 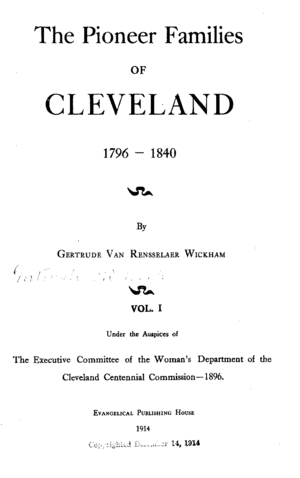 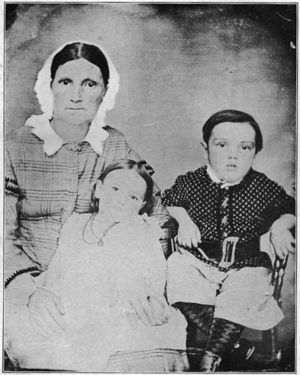