Sir Theophilus Shepstone KCMG was a British South African statesman who was responsible for the annexation of the Transvaal to Britain in 1877.

When he was three years old his father, the Rev. William Theophilus, emigrated to Cape Colony.

Shepstone worked all his life in Africa on behalf of Britain (for over thirty years he was the director of native policy in Natal). He retired from public service in 1880.

In 1833, Shepstone married Maria, daughter of Charles Palmer, commissary-general at Cape Town, and had six sons and three daughters. One of his sons was killed at the Battle of Isandlwana; of the other sons H. C. Shepstone (b. 1840) was secretary for native affairs in Natal from 1884 to 1893; Theophilus was adviser to the Swazis (1887–1891); and A. J. Shepstone (b. 1852) served in various native expeditions, as assistant-commissioner in Zululand, in the South African War, 1899–1902, and became in 1909 secretary for native affairs (Natal) and secretary of the Natal native trust. A younger brother of Sir Theophilus, John Wesley Shepstone (b. 1827), filled between 1846 and 1896 various offices in Natal in connection with the administration of native affairs.

For a full biography of Shepstone, see the Wikipedia article referenced below.

Is Theophilus your ancestor? Please don't go away!

ask our community of genealogists a question.
Sponsored Search by Ancestry.com
DNA Connections
It may be possible to confirm family relationships with Theophilus by comparing test results with other carriers of his Y-chromosome or his mother's mitochondrial DNA. However, there are no known yDNA or mtDNA test-takers in his direct paternal or maternal line. It is likely that these autosomal DNA test-takers will share DNA with Theophilus: 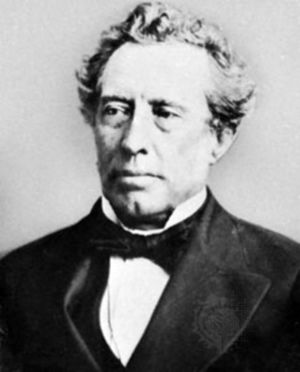 Theophilus is 25 degrees from Donald Howard, 14 degrees from Julia Howe and 19 degrees from Henry VIII of England on our single family tree. Login to find your connection.