Other Name spellings - Sakakawea, Sacajawea, Sakagawea
Sacagawea also known as Sakakawea or Sacajawea (rendered in the modern Hiraaciré’ orthography as Cagáàgawia, pronounced /tsakáàkawia/[1]), was a Lemhi Shoshone woman, who accompanied the Lewis and Clark Expedition, acting as an interpreter and guide, between 1804 and 1806.

She was of the Agaidika Tribe (Lemhi Shoshone) and had been kidnapped around age 12 by a Hidatsa group. She was given or sold to Charbonneau.

Her name that is familiar to US history, "Sacajawea," is likely a Hidatsa word (so not her birth name). Hidatsa nouns combined cagáàga ([tsakáàka], 'bird') and míà ([míà], 'woman') into Bird Woman, which she is sometimes referred to. Spelling varies, as it has been interpreted through several languages [Hidatsa > French > US English].

There is not much known about Sacagawea's early life. She was born into[2] the Agaidika tribe of Lemhi Shoshone. Her father was a Shoshone chief. In 1800, when she was about twelve, she and other girls were kidnapped by the Hidatsa tribe. Sacagawea was taken as a captive to a[3] Hidatsa village. When she was thirteen years of age, Sacagawea was taken as a wife by[4] Toussaint Charbonneau, a trapper who lived in the village. He bought Sacagawea and another Shoshone named Otter Woman from the Hidatsa.

In 1804 when the[5] Corps of Discovery (co-led by Captain Meriwether Lewis and Captain William Clark ) arrived near the Hidatsa villages to spend the winter, Sacagawea was pregnant with her first child.[6][7] The Lewis and Clark Expedition built Fort Mandan for the winter of 1804-1805.[8] They were looking for interpreters and guides for their expedition up the Missouri River. They agreed to hire Toussaint Charbonneau as an interpreter when they found out Sacajawea spoke Shoshone. They knew they would need the help of Shoshone tribes on the journey.

Clark recorded in his journal on November 4, 1804

A french man by Name Chabonah, who Speaks the Big Belley language visit us, he wished to hire & informed us his 2 Squars (squaws) were Snake Indians, we engau (engaged) him to go on with us and take one of his wives to interpret the Snake language

Charbonneau and Sacagawea moved into the expedition's fort . Clark called her Janey. Sacagawea's son[9] Jean Baptiste Charbonneau was born on February 11, 1805. The expedition left Fort Mandan in April. They headed up the Missouri River. Even with a young baby, Sacagawea proved to be helpful in many ways on the trek. She found edible plants for the explorers. When a boat she was riding on capsized, she was able to save some of its cargo, including important documents and supplies. They named the Sacagawea River in her honor on May 20, 1805. The expedition had located a Shoshone tribe in August 1805. They wanted to trade for horses to cross the Rocky Mountains. Sacagawea interpreted for the expedition and discovered that the tribe's chief was her brother Cameahwait.[10]

Lewis recorded their reunion in his journal

Shortly after Capt. Clark arrived with the Interpreter Charbono, and the Indian woman, who proved to be a sister of the Chief Cameahwait. The meeting of those people was really affecting, particularly between Sah cah-gar-we-ah and an Indian woman, who had been taken prisoner at the same time with her, and who had afterwards escaped from the Minnetares and rejoined her nation.

Clark recorded also their reunion in his journal

The Intertrepeter & Squar who were before me at Some distance danced for the joyful Sight, and She made signs to me that they were her nation

The Shoshone agreed to the trade for their horses. They also provided guides to lead the expedition over the Rocky Mountains. On the trip over the mountains, they had to eat tallow candles to survive. When the expedition reached the Columbia River, Sacagawea gave Lewis and Clark her beaded belt so they could trade for a fur robe they wanted to give to President Thomas Jefferson.

One of the Indians had on a robe made of 2 Sea Otter Skins the fur of them were more beautifull than any fur I had ever Seen both Capt. Lewis & my Self endeavored to purchase the roab with different articles at length we precured it for a belt of blue beeds which the Squar—wife of our interpreter Shabono wore around her waist.

When they reached the Pacific Ocean, they built a winter fort. On July 6 during the return trip, Clark wrote The Indian woman informed me that she had been in this plain frequently and knew it well.... She said we would discover a gap in the mountains in our direction which is now called Gibbons Pass. On July 13, Sacagawea told Clark to cross into the Yellowstone River basin, what is now known as Bozeman Pass. While traveling through what is now Franklin County, Washington, Clark wrote The Indian woman confirmed those people of our friendly intentions, as no woman ever accompanies a war party of Indians in this quarter, and the wife of Shabono our interpeter we find reconsiles all the Indians, as to our friendly intentions a woman with a party of men is a token of peace.

At the end of the journey, Clark wrote to Charbonneau

You have been a long time with me and conducted your Self in Such a manner as to gain my friendship, your woman who accompanied you that long dangerous and fatigueing rout to the Pacific Ocian and back diserved a greater reward for her attention and services on that rout than we had in our power to give her at the Mandans. As to your little Son (my boy Pomp) you well know my fondness of him and my anxiety to take him and raise him as my own child... If you are desposed to accept either of my offers to you and will bring down you Son your famn [femme, woman] Janey had best come along with you to take care of the boy until I get him.... Wishing you and your family great success & with anxious expectations of seeing my little dancing boy Baptiest I shall remain your Friend, William Clark.

Sacagawea and her husband spent three years among the Hidatsa after the expedition. In 1809, William Clark invited them to move to St. Louis, Missouri. William Clark enrolled their son, Jean-Baptiste, in a Saint Louis Academy boarding school. Sacagawea had a daughter, Lizette, sometime after 1810.[11] Historical documents suggest[12] that in Wyoming Sacagawea died in 1812 of an unknown sickness.

An 1811 journal entry made by Henry Brackenridge, a fur dealer at Fort Manuel Lisa Trading Post on the Missouri River

Stated that both Sacagawea and Charbonneau were living at the fort. He wrote that Sacagawea had become sickly and longed to revisit her native country. The following year, John Luttig, a clerk at Fort Manuel Lisa recorded in his journal on December 20, 1812, that "… the wife of Charbonneau, a Snake Squaw (the common term used to denote Shoshone Indians), died of putrid fever that she was aged about 25 years She left a fine infant girl

Sponsored Search by Ancestry.com
DNA
No known carriers of Sacagawea's DNA have taken a DNA test. 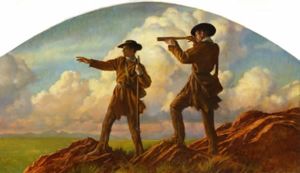 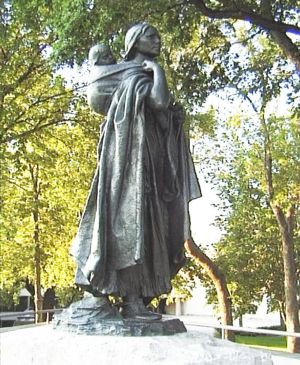 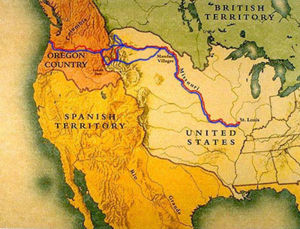 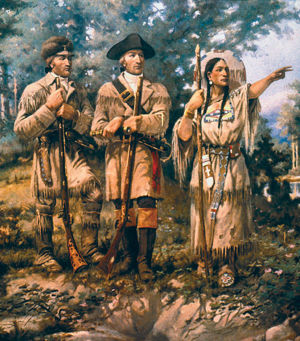 Leave a message for others who see this profile.
There are no comments yet.
Login to post a comment.
Anonymous Spencer
From what I have read, re: the Shoshone language....Sacagawea...would be the correct spelling, as the g was frequently used, Not the j, which changes the "guh" sound to a "juh (like "j"azz) one. I've been told by many native American Indian people that it is pronounced...Suh-CAH-guh-way-yuh, as almost All native languages of all the Indian tribes put their accent on the 2nd syllable, Not the 3rd! Hope this lessens confusion.
posted Aug 04, 2021 by Anonymous Spencer

A couple of things:

If this profile needs to remain project-protected, WikiTree now requires that a project co-manage it. Please add [email address removed] as a co-profile manager if you'd like to retain project management.

Second, per WikiTree's Native Americans naming guidelines, we place the tribe name (Shoshone) in the "last name at birth" field.

Arora (G) Anonymous
Sakakawea, The Council of the Girl Scouts and The Congress of the United States &Resolution and Memorial

Arora (G) Anonymous
Her name as acknowledged by her Tribal Nation is Sakakawea, the spelling you have is a currupted form centuries old, but not correct according to her Tribe.

many other links to other significant things to do with her, "gov." and other links

Anonymous (Martinez) Beecher Ms
This is so very true just like her history is not all correct. She had two older boys before Jean. The other two were too much like their father. Jean on the other hand was more at her hip and is why Lewis took a liking to him. I can say more but was told to stay off of it. I am one found to be the missing link to family stories. Was found in the late 70s and lost for a little time but the government did get back in the path of my where abouts lol. As the story goes never really lost just retold with less details.
posted May 08, 2021 by Anonymous (Martinez) Beecher Ms

Please cite your sources for the additional children.

Lisa (Kelsey) Murphy
After the boat incident where her husband caused the items to float down the river and she alone, saved the items, and for all the hard work she had already done, when they decided where to stay for the winter, she had an equal vote.