Charles was born about 1760. The DAR record for this man is A103789. The dates given are off by about a generation - could this actually be for the father of this Charles?[http://services.dar.org/public/dar_research/search_adb/?action=full&p_id=A103789)


Charles Lived in Laurens County, South Carolina as shown in the 1800 Census.

Charles passed away prior to March 21, 1817. His Widow Elizabeth disposed Items from his estate.[4]

Mentioned in the Will of Elizabeth Simmons, written October 7, 1883:

Franks-Simmons Cemetery, "This cemetery is about 1 1/2 miles out the Clinton Highway from Laurens Court House. It is inside the Forest Lawn Cemetery now. This cemetery is said to be on the land of Capt. Charles Simmons, a soldier in the Revolutionary War. He married Elizabeth Tweedy."[6]

Images: 3
Will of Elizabeth Simmons b uploaded by Mary Atkins 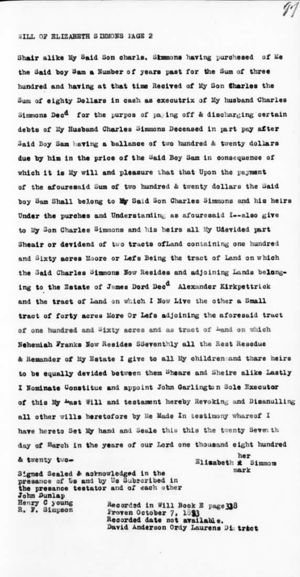 Will of Elizabeth Simmons a uploaded by Mary Atkins 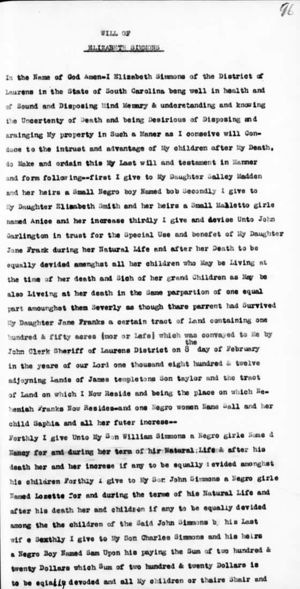 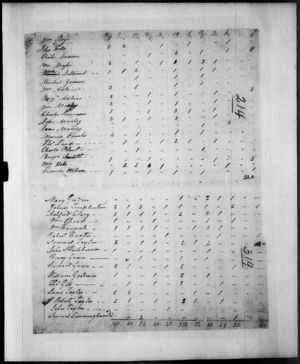