Marvin Neil Simon was born on 04 Jul 1927 in the Bronx, New York City, New York to Jewish parents, Mamie (Levy) and Irving Simon. He had one older brother by 8 years, television writer and comedy teacher Danny Simon. He grew up in Washington Heights, Manhattan, NY during the period of the Great Depression. As a child, he chose to go by the given name of Neil. [1]

He was an American playwright, screenwriter and author. He wrote more than 30 plays and nearly the same number of movie screenplays, mostly adaptations of his plays. He received more combined Oscar and Tony nominations than any other writer.

Is Neil your relative? Please don't go away!

ask our community of genealogists a question.
Sponsored Search by Ancestry.com
DNA
No known carriers of Neil's DNA have taken a DNA test. 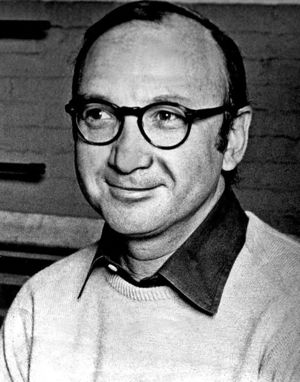