Biography below composed by great-granddaughter Shari S for FindaGrave.com:

Burnett Simonds never liked his first name. He thought "Porter" evoked a sense of servitude, and so, as a teenager, he changed it to Thomas, in honor of Thomas Jefferson.

However, he was generally known as Burnett or "T.B." (which his four brothers didn't hesitate to point out had its own bad connotations). It was only long after Burnett's death that the family discovered that he'd originally been named for his mother's great-uncle, who in turn had been named for Burnett's great-great-great-grandmother.

Despite all this fussy talk of names, Burnett was an easygoing man. His life's work was in the painting trade, where he gained his notable skills under his father H.C., who allegedly had traveled to Germany as a young man to apprentice to master craftsmen.

Whether that story is true remains a puzzle for Burnett's grandchildren and their descendants today. Burnett's father Henry was a teller of tales, something he claimed to get from his Irish roots (which were also played up beyond the truth), and Burnett and his four brothers were just as deft as their lively father in spinning yarns. Four of the five boys were writers, especially of poetry, with Burnett favoring funny and shocking verses.

Born in Duncanville, Texas, in 1898, Burnett lived with his Texan father and Missouri-born mother and near both of his grandmothers in the Fort Worth/Grapevine area for his youngest years. By 1920 his immediate family was living on Burnett St in Fort Worth, which - knowing his parents' sense of whimsy - could well have been a deliberate choice.

The Simonds family moved often as H.C. sought out painting work and business opportunities, but they always remained near Fort Worth. This changed in the early 1920s when a physician advised that the family move away from the city and to the drier climate west to alleviate the asthma from which Burnett's mother Louie suffered.

It was near Anson in Jones County that Burnett met his future wife, Pearl, in an auto camp. At age 24, he married this east Texas girl of 17 in Anson, and their first son was born there in 1924.

Burnett's mother passed away from asthma complications in 1925, and by the next year the young couple was back in downtown Fort Worth, their family having increased to include a daughter and another son. Work was difficult to find, though, and soon they moved south to Port Arthur, near Pearl's businessman brother. As the Depression grew worse, they traveled around Texas, picking fruit and doing whatever work could be found.

The family was back in Fort Worth by the mid-1930s, and there Burnett remained, self-employed as a painter until his retirement. His children were all married and living nearby by the beginning of the post-war years, and over the years plenty of grandchildren kept Burnett and Pearl's eventual home in Azle near Eagle Mountain Lake full of the fun and good humor for which the family was known.

A lifetime of work with chemicals and sometimes less-than-ideal ventilation took its painful toll on Burnett, whose last two years of life were marred by emphysema and heart disease. His last days were spent in North West Hospital. He passed away on a Friday afternoon, family at his side, a few weeks short of his 70th birthday.

Is Thomas your relative? Please don't go away!

ask our community of genealogists a question.
Sponsored Search by Ancestry.com
DNA Connections
It may be possible to confirm family relationships with Thomas by comparing test results with other carriers of his Y-chromosome or his mother's mitochondrial DNA. Y-chromosome DNA test-takers in his direct paternal line on WikiTree: It is likely that these autosomal DNA test-takers will share DNA with Thomas: 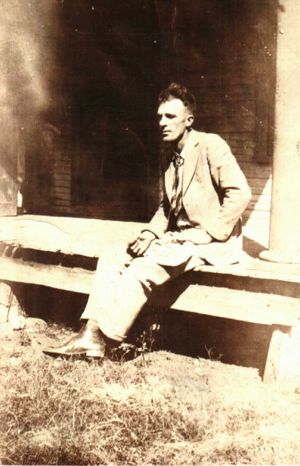 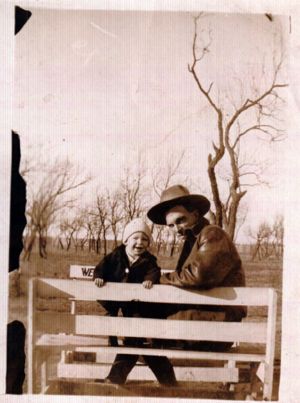