Wenceslaus (aka Wenzel or Vaclav) Skluzacek was born on October 14, 1845 in a small town in southern Bohemia named Dunajovice in house #18 to Jakub and Anna Mracek Skluzacek. His family had a few acres of land and supplemented their income with Blacksmithing. A good friend of his father's, Mr. Frank Bruzek, came to the United States in 1856 and was among the founders of New Prague, Minnesota. He wrote extolling the opportunities in America and suggested that there was a great need of a blacksmith in New Prague.

The family prepared for the trip to America. Traveling would be Jakub and his wife Anna, and 7 of the 8 living children. Oldest son John would come over later. Ship manifest shows Jakub and Anna, and children Josef, Wenzel, Anna, Jacob, Thomas, Elizabeth and married daughter Maria and her husband Albert Pumper. The family left Bremen, Germany in October 1859 on ship Edward, and arrived in New York on December 31, 1859. They then took a ship to New Orleans and came up the Mississippi to St. Louis, Missouri, landing on the day of the three kings, January 6, 1860. There the river began to be frozen over and so they stayed there until May. They may have also stayed over for some time in Dubuque, Iowa.

They came up to Shakopee, Minnesota where they were picked up by Albert Vrtis with a wagon pulled by oxen sometime between 1860 and 1861. They settled in New Prague.

On February 14, 1871, Wenzel married Elizabeth Kodadek, also originally from Bohemia. They had seven children before Wenzel met an untimely death when he was kicked in the head by a horse. He was only 40 years old when he died on August 9, 1886. 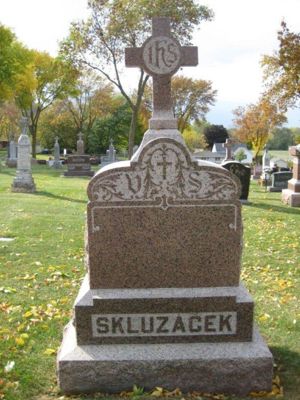 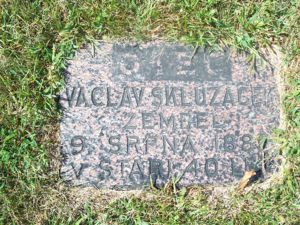