The Father of the American Industrial Revolution

But, in England, Samuel was called Slater the Traitor. Samuel Slater was born in Belper, Derbyshire, England on 9 Jun 1768. When he was 14 years old he was apprenticed to Jedediah Strutt where he learned the art of milling. He then took what he had learned to the new United States in 1789.

In 1790, he signed a contract with the industrialist "Moses Brown" (1738-1836) to replicate the British designs. By December of that year, the shop was operational with about a dozen workers. In 1791, Slater had some machinery in operation, despite shortages of tools and skilled mechanics, and, in 1793, Slater and Brown opened their first factory in Pawtucket, Rhode Island. This was the first successful water-powered roller spinning textile mill in America.

In 1791, Slater married "Hannah Wilkinson" who invented two-ply thread, thereby becoming, in 1793, the first American woman to be granted a patent. Their known children are:

Samuel Slater was a man of his time. Like other successful companies, he employed families, including children, to live and work at the mill site. In 1803, Slater and his brother John Slater built a mill village they called "Slatersville", also in Rhode Island. It included a large, modern mill, tenement houses for its workers, and a company store -- a small community where everyone has something in common . Slater's factory system eventually became known as the "Rhode Island System".

Hannah died in 1812, shortly after the birth of Thomas, and Samuel married the widow Esther Parkinson. Because both of them were well off in their own right, they set up a pre-nuptual agreement.

Samuel Slater died on 21 Apr 1835, in Webster, Massachusetts, a town which he had founded in 1832 and named for his friend Senator Daniel Webster. At the time of his death, he owned 13 mills and was worth USD $1.3 million, the equivalent in 2018 of USD $35 million.

Images: 1
Samuel Slater, "The Father of the Industrial Revolution" 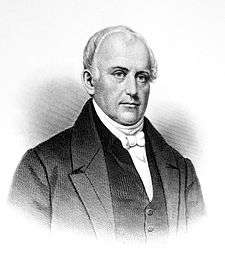