Christopher Smith
Born about 1591 in England

Christopher Smith was born in England.

Christopher was a Friend (Quaker)

From "List of One Hundred and Fifteen Colonial Ancestors." Eighth in descent from Christopher Smith (...-1676). Deputy to the General Court of Massachusetts, 1655. Chosen sergeant at Providence, Rhode Island, 1655.[1]

Need to get this book: CS71.S643 2003 Ancestry & descendants of Judge Rufus Biggs Smith 1854-1923: a descendant of Immigrant Christopher Smith of Providence, RI by Harrison Black

"The date of Christopher Smith's birth is not known. He first appeared upon the records in Providence, September 2, 1650, when he was taxed 3s.4d. He was granted or took up several tracts of land, and married a wife named Alice, having by her four children, of whom Susannah, who became Mrs. Lawrence Wilkinson, was the eldest. At the time of the breaking out of King Philip's War, Mr. Smith took refuge in Newport, dying there soon afterward, in June 1676. He is called, inthe Friends' records of that town, "an ancient Friend of Providence." "

"Christopher Smith, immigrant ancestor, and progenitor was a native of England, whence he came to the American colonies at a date unknown. He is first of record in Providence on September 2, 1650, when he was taxed three shillings, fourpence. In 1655 he was admitted a freeman, and on April 27 of the same year served as a juryman. On March 16, 1656, he was granted a share of meadow to be laid out beyond the meadow called World's End, in lieu of a share formerly laid out to him beyond Great Meadow and Pawtuxet Path. On July 27, 1658, he took up sixty acres and a share of the meadow. On February 19, 1665, he drew Lot 65 in a division of lands. On June 1, 1667, he subscribed to the oath of allegiance. On August 21, 1668, he and his wife, Alice, sold Asten Thomas twenty acres. On November 28, 1672, he and his wife sold to Shadrach Manton a parcel of lowland. Christopher Smith went to Newport at the outbreak of King Philip's War, and died there in June 1676, as declared by the records of the Society of Friends, which call him an ancient Friend of Providence. The surname of his wife, Alice, is not known."[3][4]

From the Ancestry of Emily Jane Angell[5][6] the earliest mention of Christopher in the Providence records was 3rd 9th month 1649 when he was one of six who might, by lot, receive Mris Lea’s lot. [7]

Christopher was a juror in 1652, 1655 and 1656.[8] He volunteered “to ye good example of all younger Persons” to help the constable return a prisoner to the constable at Secunck

There are many land transactions in his name in the Providence records. He received grants, bought, sold and traded property. He signed his name to many of the deeds. Both he and Alice, his wife, made a mark.[11]

In 1676, Christopher and Alice’s house was burned down by Indians.[14] He is believed to have evacuated to Newport prior to the attack. He died there within a few months

Note: "ancient Friend" in Quaker terms is used to describe the first generation of Friends. Glossary of Quaker Terms and Phrases

Gravesite is unknown but said to be in Newport, Rhode Island. [17]

"Smith's burial is only known through the Friends records..." and ..."there is no physical evidence of it that I've been able to find."

"If Smith was buried in Newport, the two Friends burying grounds that he could have been interred in are Clifton/Golden Hill and Friends. He could also have been buried in the Common Ground or perhaps in the family burying ground of a friend. If he was a Quaker his grave was probably either unmarked or marked with a simple fieldstone."

"There is no day of the month in the Quaker records. His burial place is not known and there were no local stone cutters in Newport at that time."

He may have been a Seeker[18], but he later became a Quaker and relocated to the religious freedom offered in Providence, Rhode Island. In August 1625, he was accused of adultery and removed from his church position in Stratford Upon Avon. My assumption is that the church wanted this free-thinker out of their church. This email from Bob Bearman in Stratford Upon Avon is the only documentation I have on this episode (Cooper-1 14:10, 10 June 2017 (EDT)):

At this hall the company, upon taking into consideration that Christopher Smith hath much wronged this company & disgraced them, not only by his heinous offense in committing adultery but also in that he hath refused to be censured by the judge of our peculiar jurisdiction, appealing to the court of Worcester thereby weakening our liberties of this borough, as we conceive it, contrary to his duty, wherefore they have removed him from the place of a principle burgess and service in this place and for that he standeth excommunicate and will not submit himself to the law. Council Book B, 7 September 1625.

From that email, "The ‘peculiar jurisdiction’ is a reference to the Stratford-upon-Avon church court, whose authority Smith refused to recognize. Instead, he appealed to the bishop’s court at Worcester (Stratford was in the Worcester diocese). He had been chosen a capital burgess on 18 April 1623. Earlier he had been aletaster (1617) and then one of the constables (1618-19). He was also churchwarden, from 1623 to 1625."

Vol I Page 286 and 744 of Representative men and old families of Rhode Island does not list Alice as a child of this couple.

There are several Smiths that were members of the Holy Trinity Church in Stratford-Upon-Avon in the late 1500s. It is strictly a guess, but I wonder if William Smith that married Elizabeth Comton alis Symys on May 15, 1585 might be Christopher's parents. This guess is only based on the timing of his birth c1591 and that Christopher named his firstborn William. More research needed. The registers of Stratford-on Avon, in the county of Warwick, page 12

Thank you to Jan Fillingim, Dale Burdick, Linda James and Kitty Smith for contributing to this profile.

Sponsored Search by Ancestry.com
DNA Connections
It may be possible to confirm family relationships with Christopher by comparing test results with other carriers of his Y-chromosome or his mother's mitochondrial DNA. Y-chromosome DNA test-takers in his direct paternal line on WikiTree: 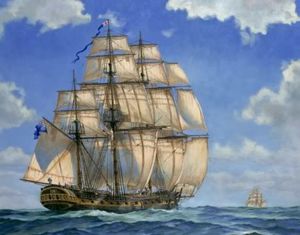 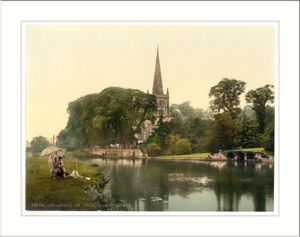 Leave a message for others who see this profile.
There are no comments yet.
Login to post a comment.
Susan Glen
Looking for the guardianship for Lucy Gilbert who is listed on the 1850 Fed census living with Moses Smith and his wife Pheba. I know the other young person listed is his nephew but is Lucy perchance the grand daughter of Esther and Solomon? Need to prove Lucy is the daughter of Clark and Clarissa Gilbert.
posted Jul 19, 2022 by Susan Glen

Michael Stills
Oh, it is Stratford-Upon-Avon in the Stratford-On-Avon District. Do we have this correct for Christopher's marriage and children's birth locations?
posted Feb 13, 2022 by Michael Stills

Anne B
I'll change the project box tp PGM Adjunct, it will keep his ppp covered. Thanks Kitty. And if the Quakers would like him, that would be great PGM has plenty to share. :)
posted Feb 07, 2018 by Anne B

You can remove the PGM tag if you want, but we may need to add it back later.

Michael Stills
Anne, I think you are correct, not PGM based on the bio info.. Kitty has more knowlege on this than I.
posted Feb 07, 2018 by Michael Stills

Anne B
Is he actually Puritan Great Migration? First record in 1650.

note to myself. If he isn't neither are his children.