Harrison's draft registrations for both WWI[2] and WWII have 9/17/1896 and Manchester, New Hampshire for his birth.

At the time of the 1930 census, Harrison, Viola, and their children were living with Viola's sister Mildred and her husband Walter in Groveland, MA.[5]

I thought that Harry and Vie lived in Florida at the same time that the Stephen D. Bartletts and the Nelsons lived there. Bob B's pictures should document this.

Is Harrison your ancestor? Please don't go away!

ask our community of genealogists a question.
Sponsored Search by Ancestry.com
DNA
No known carriers of Harrison's DNA have taken a DNA test. 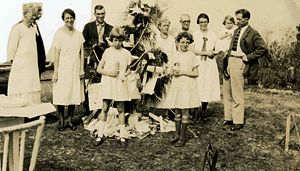 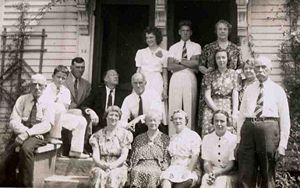