He married Joanna Lang and they had at least 13 children, 7 daughters and 6 sons.

Robert died on 20 Nov 1915 at Adelaide, South Australia. The record of his death showed that he had a widow, Johanna Lang, a son, Tom Elder Barr Smith, and they lived at Torrens Park, Adelaide.

From his biography in the Australian Dictionary of Biography [1] we find:

Robert Barr Smith was born in February 1824 at or about Lochwinnoch, Renfrewshire, Scotland.

He was the son of the Reverend Dr Robert Smith, Church of Scotland minister, and his wife Marjory, née Barr.

Immigrated firstly to the Victorian colony in 1854 and then to South Australia the following year to go into partnership with the Elder brothers. In 1856 he married the Elder's sister Joanna, and in 1863 he and Thomas Elder became sole partners in Elder Smith & Co after George and Alexander retired.

Robert Barr Smith passed away in November 1915 at 40 Angas Street in Adelaide, South Australia at the age of 91 years. And at the time of his death was the wealthiest man in South Australia.

Robert Barr Smith was a renowed businessman and philanthropist and he is buried at the Mitcham Cemetery. And he was survived by his wife, three of his seven daughters and one of his six sons.

Do you have information about Robert Smith? Please contribute to his biography. Everything on WikiTree is a collaborative work-in-progress.

Thanks to Rick Heiser for starting this profile.

Click the Changes tab for the details of contributions by Rick and others. 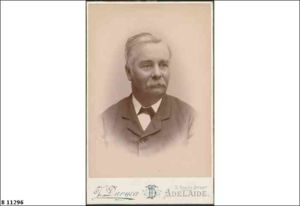 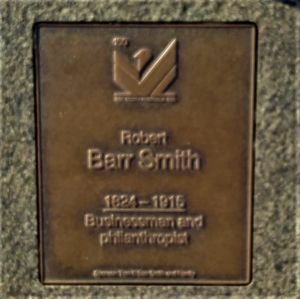 Leave a message for others who see this profile.
There are no comments yet.
Login to post a comment.
Danny Stapleton
Barr Smith-1 and Smith-38911 appear to represent the same person because: Hi Rick can you please confirm the merge of these two profiles. Note that you are correct the Barr in his name is a middle name not a hyphenated surname.

Hopefully the photos, references and categories I have attached to the incorrectly named profile will be transferred over to the remaining profile.

We can worry about merging the wife's profile afterwards ok. Thank you in advance for your assistance.