Frances Smith was a member of the aristocracy in England.

This profile is part of the Smith Name Study.

Frances is a maternal great-grandmother of Queen Elizabeth II.

ask our community of genealogists a question.
Sponsored Search by Ancestry.com
DNA
No known carriers of Frances's DNA have taken a DNA test. 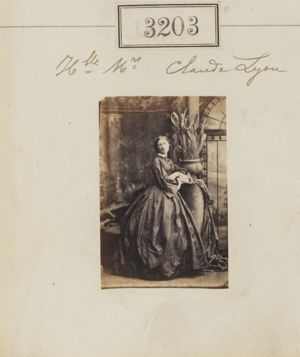 Jillaine Smith
Smith-156039 and Smith-480 appear to represent the same person because: Enrique, not sure why you removed this merge proposal. The vitals are identical. Please remember that on wikitree there should be only one profile per individual. Therefore we must merge duplicates. If there is a discrepancy that needs resolving before completing the merge, you can select Unmerged Match. Be sure to add an explanation on one of the profiles. Thank you.
posted Apr 18, 2018 by Jillaine Smith

Richard Shelley
Smith-62256 and Smith-480 appear to represent the same person because: These profiles are duplicates. There is a conflict with one of the parents but there is a merge active for sorting that out. The correct name after marriage should be Bowes-Lyon
posted Mar 05, 2017 by Richard Shelley

Julie (Fiscus) Ricketts
I see that there is an unmerged match on this profile, but they are clearly duplicates. Can a profile manager take care of setting up the merge, please?