This biography was auto-generated by a GEDCOM import.[1] It's a rough draft and needs to be edited.

The Cumberland Argus and Fruitgrowers Advocate (Parramatta, NSW : 1888 - 1919), Saturday 15 September 1906. [4] Carlingford. DEATH. A much respected resident, Mr. Robert Smith, aged 70, passed away on Thursday of last week, at the residence of his nephew, Mr. James Smith, of "Arthursleigh," Carlingford, after a long illness. The deceased was closely connected with several of the leading families in the district. The funeral, which, attended by many sorrowing relatives and friends, took place at the Church of England burial ground, Carlingford, on Saturday last, the Rev. J. Young officiating, and Mr. R. Metcalfe having charge of the arrangements. 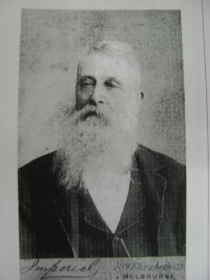