He was born in 1629 at Olesko, Poland to Jakub (James) Sobieski (1580-1646), Voivod of Ruthenian Voivodship and Castellan of Kraków, Zofia Teofillia (Danilowicz).

"Jan III Sobieski at the Battle of Vienna", painted by Jerzy Eleuter Szymonowicz-Siemiginowski, abt. 1686, National Museum in Warsaw.John Sobieski's military prowess, as exhibited in a war against the Ottoman Empire, contributed to his election as king of Poland. Later he allied with the Holy Roman Emperor. His greatest success came on September 12, 1683 as victor at the Battle of Vienna, with Polish, Austrian and German troops, once more against the Turks under Kara Mustafa. The pope and other foreign dignitaries then hailed Sobieski as the "Savior of Vienna and Western European civilization." In a letter to his wife he wrote, ...All the common people kissed my hands, my feet, my clothes; others only touched me, saying: Ach, let us kiss so valiant a hand!".

According to Oscar Halecki, noted Polish historical writer, John III planned to occupy Prussia with Swedish cooperation and French support. This undertaking was doomed to failure, because of the war with Turkey, the skillful diplomacy of the Elector of Brandenburg, and the frequent shifts of alliances amongst the western powers.

Upon reaching Vienna, he joined up with the Austrians and Germans. Sobieski planned to attack on the 13th of September, but he had noticed that the Turkish resistance was weak and ordered full attack on September 12, 1683. At 4 a.m. in the morning Sobieski’s army of about 81,000 men attacked a Turkish army that numbered about 130,000. Sobieski charged with his hussars forward and soon after the Turkish battle line was broken as the Turks scattered in confusion. At 5:30 p.m., Sobieski entered the deserted tent of Kara Mustafa and the battle of Vienna was over.

"Sobieski Sending Message of Victory to the Pope, after the Battle of Vienna", oil on canvas by Jan Matejko, 1880, 58 x 100 cm, National Musemum in Kraków.In a strange twist of events a statue of John III Sobieski was brought to the city of Gdansk by people from his native land (from Lwów), when they were resettled there. Already John's family had been famous guests in the city.

Sobieski with family painted by Henri Gascar.Now the statue overlooks the little park at the old Gdansk town hall, now a museum.

King John III Sobieski, the last great king of Poland, died in Wilanów, Poland on June 17, 1696. His wife, Marie Casimire, died in 1716 in Blois, France and her body was returned to Poland. They are interred together in Wawel Castle, Kraków, Poland.

John III Sobieski (Polish: Jan III Sobieski, Lithuanian: Jonas Sobieskis; 17 August 1629 – 17 June 1696), from 1674 until his death King of Poland and Grand Duke of Lithuania, was one of the most notable monarchs of the Polish–Lithuanian Commonwealth.

Sobieski's 22-year reign was marked by a period of the Commonwealth's stabilization, much needed after the turmoil of the Deluge and Khmelnytsky Uprising.[1] Popular among his subjects, he was an able military commander, most famous for the victory over the Turks in the 1683 Battle of Vienna.[2] Following his victories over the Ottoman Empire, the Ottomans named him the "Lion of Lechistan" and he was held as the saviour of European Christendom by the pope.

Is Jan your ancestor? Please don't go away!

ask our community of genealogists a question.
Sponsored Search by Ancestry.com
DNA
No known carriers of Jan's DNA have taken a DNA test. 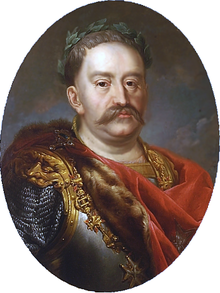 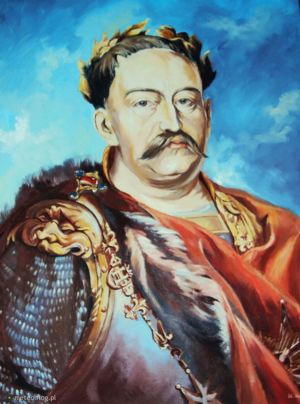 Jan is 17 degrees from Cecil B. DeMille, 22 degrees from Rosalie Neve and 8 degrees from Henry VIII of England on our single family tree. Login to find your connection.