[send private message]
This page has been accessed 730 times.

Can you help identify the men in the attached photograph? If you can please enter their name and number in the relevant row below, and also add the category Category: AIF, 2nd Australian Infantry Battalion to their profile. 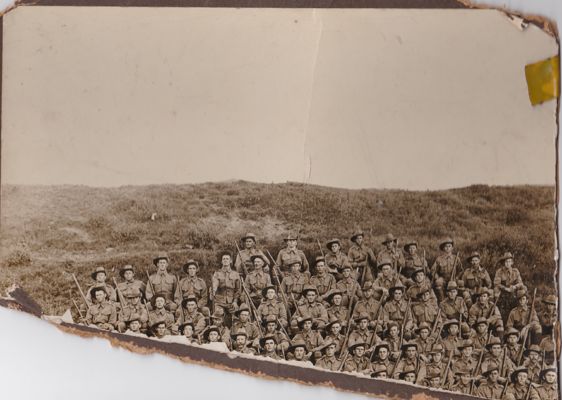 The 2nd Battalion was among the first infantry units raised for the AIF during the First World War. Like the 1st, 3rd and 4th Battalions it was recruited from New South Wales and, together with these battalions, formed the 1st Brigade.

The battalion was raised within a fortnight of the declaration of war in August 1914 and embarked just two months later. After a brief stop in Albany, Western Australia, the battalion proceeded to Egypt, arriving on 2 December. The battalion took part in the Anzac landing on 25 April 1915 as part of the second and third waves, and was led by Lieutenant Colonel G. F. Braund, who was killed in action nine days later. On 6 August, the 1st Brigade led the charge at Lone Pine. Among the dead was the commander of the 2nd Battalion, Lieutenant Colonel R. Scobie, killed during a Turkish counter-attack. The battalion served at Anzac until the evacuation in December 1915.

After the withdrawal from Gallipoli, the battalion returned to Egypt. In March 1916, it sailed for France and the Western Front. From then until 1918 the battalion took part in operations against the German Army, principally in the Somme Valley in France and around Ypres in Belgium. The battalion’s first major action in France was at Pozières in the Somme valley in July 1916. Later the battalion fought at Ypres, in Flanders, before returning to the Somme for winter.

In early 1917 the German Army withdrew to the formidable defences of the Hindenburg Line. As the 2nd Battalion advanced towards these defences in April 1917, Private T. J. Kenny attacked several enemy machine gun positions with grenades, earning the 2nd Battalion's only Victoria Cross. The battalion spent much of the rest of 1917 fighting in increasingly horrendous conditions around Ypres.

In 1918 the battalion returned to the Somme valley and helped to stop the German spring offensive in March and April. The battalion subsequently participated in the Allies’ own offensive, launched to the east of Amiens on 8 August 1918. This advance by British and Empire troops was the greatest success in a single day on the Western Front, one that German General Erich Ludendorff described as “the black day of the German Army in this war”.

The battalion continued operations until late September. At 11 am on 11 November, 1918, the guns fell silent. The November armistice was followed by the peace treaty of Versailles signed on 28 June 1919.

Between November 1918 and May 1919 the men of the 2nd Battalion returned to Australia for demobilisation and discharge. 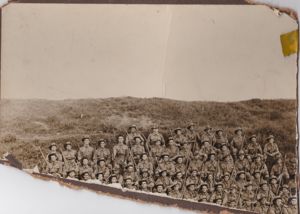 Colours of the 2nd Battallion