[send private message]
This page has been accessed 1,157 times.

The goal of this project is to ... offer a focal point for all members interested in the Lairds and Chiefs of Clan Abernethy together with members bearing the name Abernethy, the related families and those recognised as septs of Clan Abernethy.

The origin of the family of Abernethy is obscure. Lord Saltoun, in his work on Frasers of Philorth, gives it as his opinion that in the twelfth century its representatives occupied the position of lay abbots of the Culdee monastery of Abernethy, in Strathearn, and that it may therefore be concluded that they were not among the Saxon or Norman immigrants who, at various periods, entered Scotland from the south, but were descended from some ancient Pictish or Scottish (Irish) source, or from some Scandinavian settler from the north.

The arms depicted are those of Abernethy, Lord Abernethy. Please take care with arms; they are associated with an individual and not a family group. By grant Anernethy, Lord Saltoun bore these arms:

Graphics associated with this clan can be found at, or uploaded to, this graphics page. 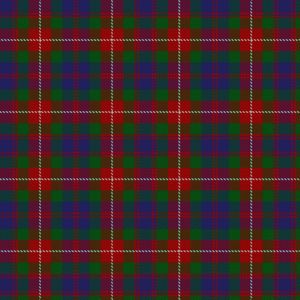