[send private message]
This page has been accessed 2,326 times.
Welcome to the Adams County, Indiana Project!

The coordinator for this project is Shirley Davis.

1818 - A tract of land was granted and reserved to the children of Cho-a-pin-a-mois at the St. Mary's Ohio treaty on October 6, 1818.
1832 - Eleven hundred Indians were removed from the 1,600 acre Rivare Reservation (Sections 15, 16, 21 and 22 of Adams County) to what is now the state of Missouri and Kansas."[1]
1835 - Adams County was created by statute on February 7th. It was named in honor of the sixth president of the United States, John Quincy Adams.[2]
1836 - Adams County was organized on March 1. The first sheriff, David McKnight, was appointed by the state Governor Noah Noble. Mr. McKnight's first job was to conduct the first Adams County election in which Zachariah Smith became the first elected sheriff.[3]
1837 - Jehu S. Rhea was authorized to procure and make the irons for a jail. Samuel Rugg was authorized to make a door and a good padlock. The jail was completed July 27th by McKnight and Lewis for $650.[4]
1837 - By purchase and court action, the Indian title to the eastern part of Rivare Reservation is extinguished.[5]
1843 - The Adams County Library was established.[6]
1846 - Librarian, William A. Bugh, was authorized to spend $325 for books which included: 17 biographies, 10 essays, 26 histories, and several books on political economy, religion, travel, poetry, and Shakespeare. The first group of books purchased was known as the “Evangelical Family Library.”
1860 - The census returns of Adams County showed the total population of the County to be 9,252. There were 990 farms reported. The oldest persons in the county were Mrs. Hannah Head and Mr. Christian Keefer respectively 89 years.[7]
1871 - The first train arrived in Berne, Indiana on Christmas day.[8]
1879 - Fire destroyed the first jail whose double-hewed log structure had already been proven unsatisfactory for retaining prisoners.[9]
1886 - The second jail, a brick structure at 313 S. First St, Decatur was completed for $25,000. It contained 14 cells, 2 day rooms and a living quarters for the sheriff and his family.[10]
1906 - The Decatur Public Library opened in July with Annette Moses as the first librarian.[11]
1919 - Dunbar Furniture, started by L.L. Dunbar and Homer Niederhauser, moved from Lynn Grove, Indiana to Berne, Indiana to take advantage of the railroad and the federal highway. 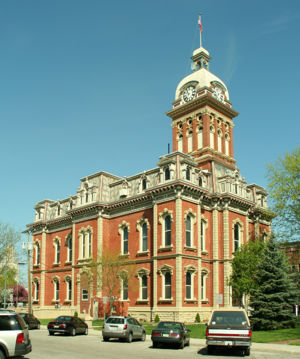 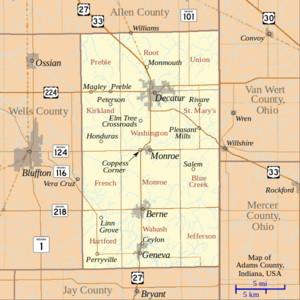 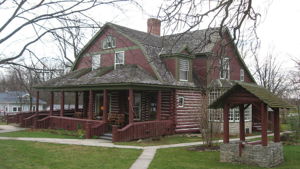 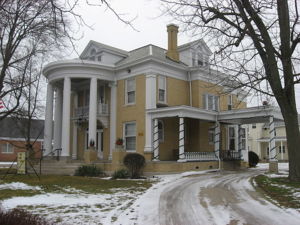 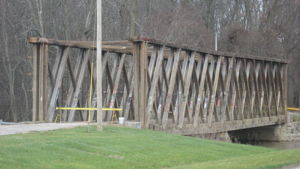