[send private message]
This page has been accessed 848 times.

Angelina County was created and organized - 1846 from Nacogdoches County with Lufkin as the county seat, The county is named for the Angelina River and in honor of a Spanish missionaries' nickname for a woman of the Hasani tribe (legendary Indian girl who was a convert of the Franciscanl missionaries).[1] There is a bronze statue of this Indian girl just across from Museum of East Texas in Lufkin.

May 10, 1801 - First deed on record conveyed 5½ leagues of land to Vincente Micheli from Surdo, chief of the Bedias Indians, in exchange for a white shirt, eight brass bracelets, a handful of vermilion, a fathom of ribbon, a gun, and fifty charges of powder and ball.[2]
1820 -Anglo settlers - the Burris family, settled in the area of theNorth part (Lufkin ) called Burris Prairie. Soon other families emigrated from Alto and Nacogdoches and settled near the rivers. Few [2]

1846 Only a few settlers were here prior to the Texas Independence in 1836, The county was formed from Nacogdoches County. It is named for a Hasinai Native American woman who assisted early Spanish missionaries. The Spanish missionaries named the area "Angelina" a Angelina County is a wet county as of November 2006 wet/dry election. Southern U.S. states settlers built plantations.[2]
This was good farming land. The Rivers enabled steamboat transportation.There were 1,165 people with196 slaves, with slaves. [2]
First County seat - Marion. [2]
1854 - Janesville was the county seat.Large plantations were owned by the Stearns, Oates, Kalty, Stovall, and Ewing families. Many Angelina County farmers were poor men with no slaves. [2]
1858 Homer was the county Seat. Cotton was grown on 2,048 Acres.improved land. [2]
1850-1860-

1861- Angelina County was the only county in East Texas to reject secession, a contrast to Tyler county who supported it 99%.[2]
1862-65 - Two companies of county men were organized to fight in the Civil War, with only limited action;
1866- No Union soldiers entered the county before 1866.[2]

Smaller towns in the county as Diboll, Huntington, Fuller Springs, Hudson, Zavalla, and Burke were maintained by the lumber industry. [2]
Other towns formed around early sawmills until the timber was cut out: Homer, Baker, Clawson, Emporia, Hamlet, Lay, Popher, Yuno, Baber, Davisville, Renova, and Retrieve. Despite the many ghost towns, lumbering continued to form the economic backbone of Angelina County through the early part of the present century.

1916 20- Lumber industry peaked, Angelina County lumber companies closed or decreased their sales. The decrease was due to wasteful harvesting practices caused the Timber production began to fall off due to wasteful harvesting practices, conservation and sustained maintenance of forest resources..then agriculture began with 18,877 cattle, 3,300 horses and mules, 32,266 hogs, 4,500 sheep and goats, and 50,000 chickens, turkeys. [2]
post 1916 - - [2][2]
1920- Residents returned to small farming and stock raising to feed themselves.[2]
1930s- Great Depression hit Angelina County quite hard.
1933 more than 2,500 residents were on relief rolls—(10% of population) due to the timber industry.. as the timber industry in Texas was vulnerable to the depression. [2]
1930s Housing boom in housing and other businesses that depended on lumber ceased abruptly with the failure of banks and lending institutions and with unemployment. [2]
1930s The Civilian Conservation Corps for East Texas was headquartered in Lufkin during the depression. and served 26 counties and 17 camps in efforts to bring about financial recovery....[2]
1937 Angelina County had a respectable total of both state highways (103.22 miles) and county roads (871.56 miles) towards the end of the depression. It also had more farms (2,802) and more cattle (18,659) than five of the eight counties that bound it. [2]
1939 Southland Paper Mill established Development of method to turn southern pinewood into paper.The county also profited greatly from the development of a method for turning southern pine wood into paper. the mill also developed manufacture of newsprint. [2]
1944 Angelina County had 44 firms and the value of manufactured goods in 1945 was $25 million. Principal industries at that time were foundries, a creosoting plant, sawmills, and a $10 million newsprint mill, Southland Paper Mills. [2]
1954-1958 wholesale trade in Angelina County amounted to $37,114,000; Angelina County was also at or near the top of these ten counties in the 1950s and 1960s for retail trade, retail trade increases, service industries receipts, bank deposits, poll taxes, auto registrations (16,518), and chamber of commerce budgets.[2]
mid 1980s Lumber and industries such as foundry and the manufacture of oilfield equipment made Lufkin the 5th largest industrial area in Texas. [2]

Homer’s name was changed to Angelina, which didn’t win any favors.[3]

4th County seat -Since the voters and residents disliked the name Angelina, the name was changed back to Homer

5th County Seat -. The railroad bypassed Homer and its path was through LUFKIN[3]When The courthouse in Homer burned, Lufkin became county Seat.[3]

The picture at top of page was 1902/03 Court house in Lufkin. One image is a painting, by artist Audrey Midford, is hanging in the county clerk's office in the current courthouse.[3]

Currently there is a newer courthouse which has no beauty. Texas Escapes mentions that in the 1950's counties threw aside the dominance for design and opted for functionality. Gone was history, tradition and elegance and replaced some of our finest courthouses with modern buildings -- many of them with little character or appeal. In Lufkin for no reason the Angelina County Commissioners Court decided that its fifty-year old courthouse, resplendent with a dome and a clock, was inadequate to meet the county's needs. They raised funds with a bond election to fund a new courthouse, the courthouse of the present day. Description 2 story rectangular. No beauty. Alas

North edge of the county (N of Lufkin Lufkin) is covered by thin to moderately thick clayey sands over steep slopes and rolling hills.

Angelina - products- Timber and Agriculture. The county was rated as 21st in the state for its agriculture receipts in 1982 with 82% were livestock but farmers raised hay, rye, potatoes, sweet potatoes, tomatoes, watermelons, peaches, pecans. products. [7]

POLITICS:
Angelina County has generally been staunchly Democratic, although Republican presidential candidates won a majority of votes in the 1972, 1984, and 1988 elections, and Democrat Bill Clinton managed to win only by a narrow margin in the 1992 election. Republican senatorial candidates also fared well during this time. Nevertheless, as in most Texas counties, Democratic officials continued to maintain control of most county offices.[8]

John Nova Lomax of the Houston Press described the residents of Angelina County as "a self-sufficient breed, good with their hands, very honest and leery of all central authority." In 1861, Angelina County voted against seceding from the United States. It was the only East Texas county to do so. He said they were more liberal in their opinions, and with this continuing into the 20th Century. Angelina County was the seat of power of Charlie Wilson, a politician labeled the "liberal from Lufkin".


Other counties established moonshine stands and stills. Angelina was different: in the 1970s some criminals formed marijuana farms.

2011 the main drug dealing activity is the methamphetamine trade. Allen Hill, formerly of the Angelina County Narcotics Squad, said that the local meth trade is doing more damage to the county than drug couriers passing through the county, crack cocaine, and heroin. According to Hill, many Hispanic drug dealers increasingly sold imported "ice"-style meth made by drug cartels instead of crack cocaine or powdered cocaine, because they make more money than they did selling crack. Hill said that many of the drug dealers claim to be affiliated with Mexican drug cartels or gangs like MS-13.[9] 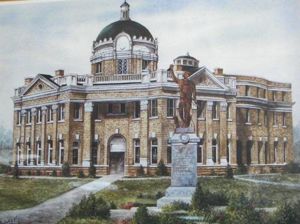 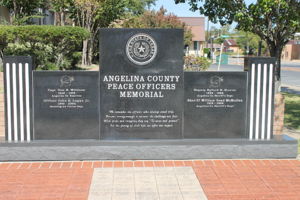