Approximating the Center of the Global Tree

[send private message]
This page has been accessed 131 times.

Elizabeth Tilley and her daughter

Mayflower passenger Elizabeth (Tilley) Howland (bef.1607-1687) was one of the featured profiles in the Connection Finder when the First Thanksgiving was honoured in November 2020. Her mean distance to all connected profiles at that time was 17.96 - so she does not beat Samuel Lothrop or Brigham Young, but is still worth mentioning. Actually her daughter, Elizabeth (Howland) Dickinson (abt.1631-aft.1691) has a mean distance of 17.80, slightly better than her mother.

Another way to find the center in a graph like the Global Tree is to seek the least eccentric node (profile). Since our work on finding shorter connection paths has led to rapid changes from one most eccentric profile to another, the center has correspondingly bounced around. These central profiles tend to be from medieval and early modern European royalty. They also tend to have a somewhat longer mean distance to other connected profiles.

One of the profiles found by this method was Marie Stuart (1542-1587), who was chosen as an example in the beginning of December 2020. She was then mentioned in a discussion as having the lowest sum of distances to the most eccentric three profiles at that time (=243).

As the most eccentric profiles were reconnected and replaced with other most distant profiles, the initial trio was succeded by: 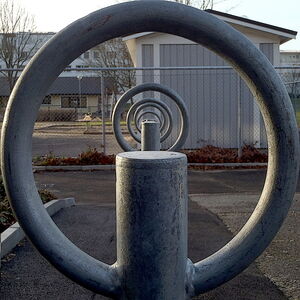 - Eccentricity has fallen from 86 to 80. Given than the current radius is over 78, Mary is still quite close to the center.

Eva Ekeblad
Of course Mary is still quite close to the center - why shouldn't she be?

That drop in circles 10 to 14 sounds a little strange. I don't have older data for her than from this week, could you share? I don't see anything at all like it when I compare fresh data for Alienor with data from the beginning of November. Henry VIII has lost a sum of 897 profiles in his circles 11 and 12 but nowhere near 13,000.

Eva Ekeblad
I have compared the population growth in Olof Andersson's circles - all the following samples against the the first sample from 2020-11-05.

One of them stands out: something big happened in the week before Dec 14.

Eva Ekeblad
<blushing> Mixed up the two orange lines. It was last week. Changed the colour.

Anyhow, it's an interesting direction to blunder along in.

Greg Lavoie
The free space page WikiTree Tops (https://www.wikitree.com/wiki/Space:WikiTree_Tops) lists profiles with the most children and grandchildren on WikiTree. It may be a useful point of reference for finding other centrally located profiles in the global tree.
posted Jan 05, 2021 by Greg Lavoie

Thanks for the tip, Greg.