[send private message]
This page has been accessed 915 times.

How Elizabeth’s Artwork Found Me

One day in 2006, near the end of the year, I decided it was time to learn how to make a Gedcom file. After many hours of trial and error, I had the finished product with living persons’ identities protected. Now, I endeavored to up-load this file at rootsweb. Little did I know that timing was really of the essence.

On the evening of 22 Mar 2007, I received an e-mail from Peggy Stroh, a docent working in Sappington museum/house in St. Louis, Missouri. She said she had found some things belonging to an Elizabeth C. Whitteker in a drawer within an old cabinet which had been donated to the house many years before. This was not only to be the beginning of a trip back through time; but, the beginning of a friendship as well.

Peggy was looking for more information about Elizabeth; and, being interested in genealogy herself, she had searched on Elizabeth’s name at roots web.com and gotten my Gedcom file and e-mail address. I sent her what sparse little information I had about Elizabeth at the time; and, asked, or I should say virtually begged, her to make copies of the very interesting little things she had found in the envelope inside the cabinet. Unfortunately, the first envelope she sent me with the copies in it got lost somewhere in the “black hole” of the post office. It never arrived at either my house or back at her house until over two months later. When she had made the copies, she had also made one set for herself to keep…..so, now, she sent this to me, as she had already turned the items over to those in charge of the house. Right then, the idea for this little book came to my mind, one of which is especially for her.

Both of us spent quite a few hours collecting all the information we could on Elizabeth C. Whitteker and her short life. The results of these hours are also within these pages.

Nothing prepared me for the experience of looking upon the drawing “My Pretty Bird” which Elizabeth had done, according to the signature and dating on the back of it, when she was just seven years old. I found it particularly riveting as the first drawings I had ever done in life; and, I have done many, were of my bird, “Pretty Boy”. There has been a definite streak of the arts running through my mother’s family, of which Elizabeth was a part. My mother was an artist, as I am, and as my two daughters are. As I looked upon Elizabeth’s work, I knew, without a doubt, that she, too, was an artist with real talent…….

Peggy and I continued to work on trying to obtain the original pieces of Elizabeth's work for over two years. Finally, on Saturday, 06 Feb 2010, I received in my hands, the originals, thanks to the generosity of Sappington House in St. Louis, Missouri. Images of these pieces are reproduced here in this space.

Elizabeth C. Whitteker was the daughter of Luther Whitteker and his first wife, Betsy Brigham. Luther was the brother of my Maternal Great Great Great Grandfather, William Whitteker, of Princeton, Massachusetts; and, their father (Elizabeth's grandfather) was Revolutionary War Veteran William Whitteker. Elizabeth’s mother died when she was only one month past her second birthday. Betsy had died just a few short days after bringing Elizabeth’s sister, Sophia, into the world. She probably died from complications of childbirth.

Luther Whitteker had six small children that he desperately needed a mother for; but it took him two years to find Mrs. Betsy Dodd, a widow, and marry her. Ten days after he married Betsy Dodd, little Sophia died.

Betsy Brigham’s sister, Louise Brigham, appears to have also stepped forward and had some influence in the life of young Elizabeth. She was one of the instructresses during Elizabeth’s schooling; and, her signature can be seen on one of the School awards which Elizabeth received as well as the back of the “Bird” picture. The other award was signed by "C.P. Goodnow", most likely Caroline P. Goodnow, the wife of Louise & Betsy's brother, Lucius Brigham.

Elizabeth married John Quincy Adams Pierce on 08 March 1849; and, went to live in Leominster. It was the second marriage for Mr. Pierce he had formerly been married to Delia Bliss and had three sons by her who were still small children; one of which was about a year old How or when the wife died is unknown; but, it must have been not too long before this marriage took place.

Elizabeth had two sons with John Q. A. Pierce; W.G. Pierce born about 1855 and Edward B. Pierce born 26 Oct 1858. Elizabeth died of “consumption” (probably tuberculosis) 13 Jul 1862 at Leominster. Her youngest son, Edward, was soon to follow, dying 20 Mar 1865. The death record said that he died of “Scrofula”, another form of tuberculosis.

NOTE: Scroll down toward the bottom right of this page and click on "view all" in order to see all of the artwork.

The big mystery of course is how did the envelope with Elizabeth’s things in it get to Missouri? Several scenarios have been conceived; but, none proven.

Could it have been hidden in the drawer of the cabinet for all of those years; and moved across country in a piece of furniture? There is now no way to tell who donated that piece of furniture to the house or how the envelope came to be in it.

Could someone have purchased it at a garage sale and just put it into the drawer as an afterthought of sorts since the house was looking for time period pieces as it was built in 1808.

This mystery will make a great “rainy day project” for any time I get bored in the future. I am sure that I will get many hours of enjoyment out of it; and, I thank Peggy for sending that first e-mail to me, from the bottom of my heart. 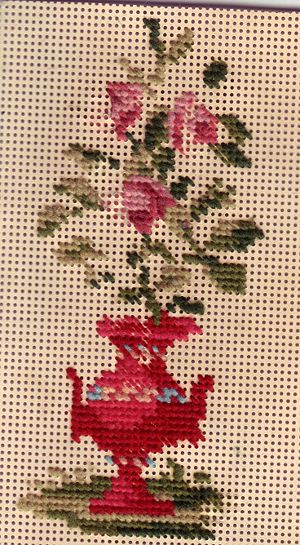 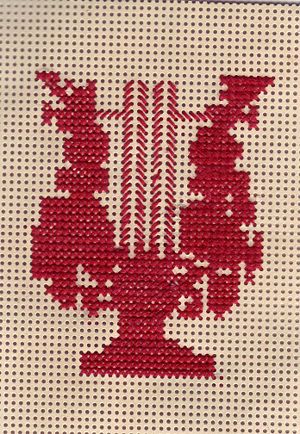 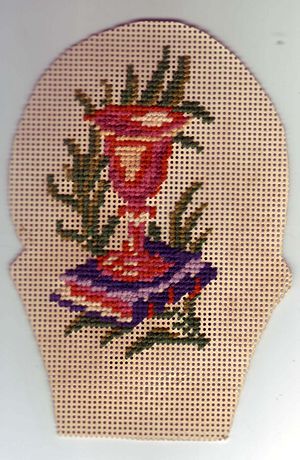 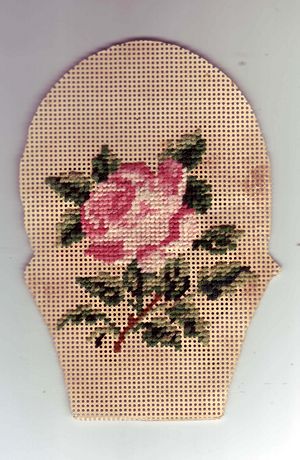 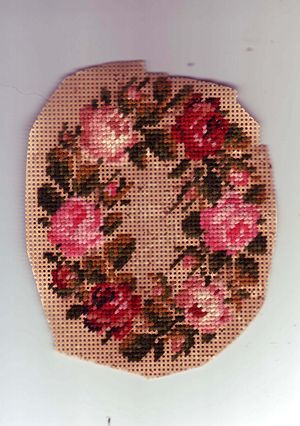