[send private message]
This page has been accessed 486 times.

Dukinfield is a town in Tameside, Greater Manchester, England on the south bank of the River Tame. Historically part of Cheshire, the town developed as a result of the Industrial Revolution when it became the site of coal mining and cotton manufacturing..[1]

Dukinfield has a very strong and proud mining tradition. The two main pits in the town were Dewsnap Basin and Astley Deep Pit. They were developed by Francis Dukinfield Astley and owned by his company the Astley Dukinfield Colliery Company. Dewsnap Pit was sunk in 1845/46 and Astley Deep Pit was started in 1847 and completed in 1852. Astley Pit was the deepest coal mine in Britain at a depth of 686.5 yards or 2060 feet. Together they were called "Dukinfield Collieries".[2]

There had been other fatal accidents at the colliery:-

15 July 1855 - Four men were being wound out of the mine when they were thrown over the headstocks (the machinery at the top of the shaft which brings the cage up and down the shaft). Nine men were killed in the incident.

25 March 1857 - A falling stone killed a worker, Benjamin Rowson, and in 1862 a second incident killed another miner but the man's name is not known.[3]

There was an explosion about quarter before 8 am on Thursday 4 March 1870 at Astley’s Deep Pit, Dukinfield Colliery. There was supposedly an escape of gas from an old unused place 1200 yards from the shaft. The event that caused the explosion was not known initially. [4] There were 93 men in the mine but the explosion was confined to a small area. There were only 11 men in the area of the explosion. Nine were killed. [5]
The after-damp was so heavy after the explosion that rescuers were unable to get to the workings where the explosion had occurred. When they were able to get into the shaft the following morning there was evidence of a shot having been fired. There was also evidence that some of the miners were using naked lights rather that the safety lamps. One of the dead miner’s safety lamp was locked up at the top of the shaft.
Ventilation was a problem also. There was brattice cloth placed across air intake which reduced the flow of air in the mine. The temperature in the mine varied as much as 20° from top to bottom.[6]

The inquest was held at the Astley Arms, Dukinfield before the District Coroner, Mr. W. Johnson. Mr. T. Wynne, Mine Inspector representing the government and Mr. Lord representing the owners were present. Mr. Elijah Swann, general manager of the bottom workings at the pit gave testimony at the inquest. There was an explosion about quarter before 8am. Mr. Swann went down in the pit but could get no further than 1200 yards because of after-damp. He went down the following day and found a drill hole that he surmised was where the explosive shot was placed. His opinion was that the shot was the cause of the explosion. He had not been in that area of the mine for weeks but had received reports from firemen and underlookers. The last ventilation test had been done Feb 26th which showed the quality sufficient to ventilate the workings. The blasting was done contrary to rules, as no shot should be fired until the place had been examined and authority given. He did not know what the temperature was as any time over the past 2 years.[7]

Based on testimony, policy did not allow miners to use powder without approval of the underlooker or fireman. Naked lights were not allowed further than the top of the 1,000 yard brow. Mr. Wynne said he had given every caution against meddling with the air flow. He also said that the temperature difference between the bottom of the shaft and the extreme end of the working was 20 degrees which was unprecedented in his experience.
Mr. Wynne, the government inspector overseeing the region, assigned blame as follows:
The jury returned a verdict of accidental death and added that Mr. Swann was not competent to take the sole management of a mine of such magnitude.[6]

Because the explosion happened on the night shift, there were a lot fewer workers than if this had happened during the day shift. There were only eleven workers in the area of the explosion. Nine of the eleven were killed. Two survivors were rescued. James Belfield a single man residing at Dukinfield Hall was “very much burnt” but apparently survived.

Jonathan Newton had been burned and was also in an insensible condition due to the after-damp. He was taken to his house on Astley Street and was showing signs of recovery the following day although he could not explain what had happened. [8]

Mr. William Hallam (fireman) brought the news of the disaster below up to the mouth of the pit. The proprietors and all others who needed notification were informed of events. An exploring party led by Mr. Elijah Swan, Mr. Bailey(overlooker) and Mr. Hallam went down but found that the tunnel in the workings had been blown down and was full of gas. Over the night five parties of eight men each, successively penetrated the deadly atmosphere with the purpose of re-establishing the ventilation and afterwards to recover their lost companions. The work was both tedious and dangerous. During the course of the work it was found that considerable damage to the tunnel had been done and bratticing the road (erecting a partition of wood or treated cloth used to control ventilation in a mine) was necessary. This was done to assure that all the men could be brought safely up. Some of these men were seriously affected by the bad air. Mr. Henry Burton, George Jones and Thomas Johnson all had to be brought up after being seriously affected by the gas. The injured men were attended to by Mr Robinson, Mr. Schonfield and Mr.Foulkes, surgeons of Dukinfield. The following morning the remainder of the bodies were recovered. They were either burned or asphyxiated. [9] [10]

Others Involved/Supporters and the Aftermath

By 1870 over 1,000 lives were still being lost in mining accidents each year. In 1872 the Coal Mines Regulation Act introduced the requirement for pit managers to have state certification of their training.

Miners were also given the right to appoint inspectors from among themselves.[11]

Four years later, there was a reference made in the 1874 Report to the House of Commons about the 1870 explosion. At that time the company (Dunkirk Coal Company) were working three seams – The Town Lane Mine, the Black Mine and the Cannel Seam; but after the accident the Town Lane mine was closed with the view of giving increased ventilation to the seams below, and so adding to the safety of the workpeople. [12]

The sources and resources may uncover others who may be honoured and remembered. 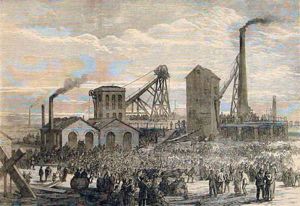 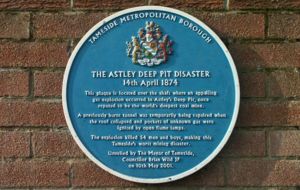 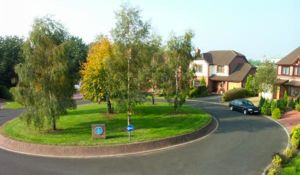