[send private message]
This page has been accessed 3,879 times.

Welcome to the Atlantic Canada Team, part of the Canada Project. The purpose of this team is to bring together WikiTreers with an interest in the families that lived in this area, to:

Atlantic Canada is the name given to the present-day provinces of New Brunswick, Newfoundland and Labrador, Nova Scotia and Prince Edward Island. This area has a rich history, with a diversity of people and languages, and names and borders that changed over time. The Canada Project is committed to do our best to represent this history accurately, and these people with respect.

While the Atlantic Canada Team focuses primarily on dates after 1713, and the Treaty of Utrecht, there are projects and resources for earlier years. Prior to European colonization, New Brunswick, Nova Scotia, and Prince Edward Island were Mi'kma'ki lands, Newfoundland had Beothuk People, and Labrador had Inuit peoples. There is a First Peoples Canada Team that focuses on the history of these groups. After European colonization, much of Atlantic Canada was Acadian, and Acadian profiles are managed by the Acadian Project. 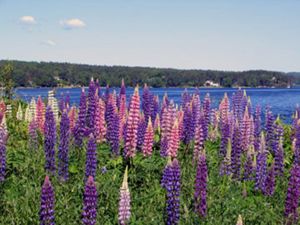 P Hanrahan
How to join the Atlantic Canada team? My great grandparents, Alexander MacDonald and Mary Jane MacNeil, were from Nova Scotia. Through records and DNA I have discovered many ancestors there. I am especially interested in finding out more about the Beaton family, for whom I have many DNA links, but no records, a similar situation with tracing the MacDonalds back to Scotland (so very many MacDonalds, so few records), and the Gretteau - Mallard family of Lunenburg/
posted Feb 17, 2021 by P Hanrahan

Dave Rutherford
If you are interested in joining Canada Project, please answer this post on G2G: https://www.wikitree.com/g2g/1177802/have-canadian-ancestors-interest-canada-come-canada-project?show=1177802#q1177802
posted Feb 18, 2021 by Dave Rutherford
John Watson
Interested learning more about the Brown family from the area around Chipman New Brunswick with their connection to the Ramsay Family from PEI ... John Watson
posted Nov 29, 2018 by John Watson