[send private message]
This page has been accessed 1,316 times.

This page was created to offer a place to collaborate on Bavaria research. You can ask questions in the comments below or offer suggestions on new resources to attach to our resources list.

How Can You Help Improve Profiles In This Region?

We'd appreciate your help with sourcing, connecting, merging and fixing database errors on the profiles in this region. Click the links below to get lists of profiles in Bavaria that need some love (click "get profiles" in the left column to generate a list):

Flag and Coat of Arms:

The Free State of Bavaria is a federal state of Germany. It is the largest by area and second largest by population, with 12.5 million inhabitants. Bavaria's main cities are Munich, its capital and largest city, Nuremberg and Augsburg. Other large cities include Regensburg, Würzburg, Ingolstadt, Fürth and Erlangen.

Bavaria has a long history beginning in 555. It has been a Duchy, a part of the Holy Roman Empire, a kingdom, and after World War II part of the new German Federation. It includes parts of the historical regions of Franconia, Upper Palatinate and Swabia. It is considered a wealthy state with the second highest GDP. Two major rivers flow through the state, the Danube (Donau) and the Main.

Three German dialects are spoken in Bavaria - Austro-Bavarian in Old Bavaria (South-East and East); Swabian German (an Alemannic German dialect) in the Bavarian part of Swabia (South West); and East Franconian German in Franconia (North). In the 20th century an increasing part of the population began to speak Standard German, mainly in the cities.

Bavaria is a landlocked state in the southeast of Germany. With an area of 70,550.19 square kilometers (27,239.58 sq mi), Bavaria is the largest German state by land area, comprising roughly a fifth of the total land area of Germany. Bavaria shares international borders with Austria, the Czech Republic, and Switzerland (across Lake Constance). The Bavarian Alps create a natural border with Austria and within the range is the highest peak in Germany, the Zugspitze. The Bavarian Forest and the Bohemian Forest create another natural border with the Czech Republic. Neighboring states within Germany are Baden-Württemberg, Hesse, Thuringia, and Saxony.

The Duchy of Bavaria dates back to the year 555. In the 17th century, the Duke of Bavaria became a Prince-elector of the Holy Roman Empire. The Kingdom of Bavaria existed from 1806 to 1918, when Bavaria became a republic. In 1946, the Free State of Bavaria reorganized itself on democratic lines. Bavaria has had a major influence on many events throughout European history. This link - History of Bavaria - is the source for almost anything you want to know about Bavaria's history.

Bavarian culture (Altbayern) has a long and predominant tradition of Roman Catholic faith. Pope Emeritus, Benedict XVI (Joseph Alois Ratzinger), was born in Marktl am Inn in Upper Bavaria and was Cardinal-Archbishop of Munich and Freising. Otherwise, the Franconian and Swabian regions of the modern State of Bavaria are historically more diverse in religion, with both Catholic and Protestant traditions. As of 2010, 54.4% of Bavarians still adhere to Roman Catholicism, though the number is on the decline; 20.4% of the population adheres to the Evangelical Lutheran Church in Bavaria; Muslims make up 4.0% of the population; and 21.2% of Bavarians are irreligious or adhere to other religions.

Bavarians emphasize pride in their traditions. Traditional costumes collectively known as Tracht are worn on special occasions and include, in Altbayern, Lederhosen for males and Dirndl for females. Centuries-old folk music is performed. The Maibaum, or Maypole (which in the Middle Ages served as the community's yellow pages, as figurettes on the pole represent the trades of the village), and the bagpipes in the Upper Palatinate region bear witness to the ancient Celtic and Germanic remnants of cultural heritage of the region. There are a lot of traditional Bavarian sports disciplines, e.g. the Aperschnalzen is an old tradition of competitive whipcracking.

Cuisine in Bavaria has many dishes in common with Austria and Switzerland. It is known for its beer gardens, pretzels, potato dishes and beet dishes. Meats and noodles, coffee cakes and fruit cakes. Oktoberfest, beer gardens, castles, wood working, and alpine sports are all part of Bavarian culture.

They often have local records and have professors who are versed in local lore so can be a wonderful resource and many are multilingual.

Have you created a page that you'd like included below? Add a profile comment below with a link to what you would like to contribute. The following pages were created by our project members:

This is an active Germany Project page with up-to-date information.
Last updated by Traci Thiessen: 19 Jul 2022 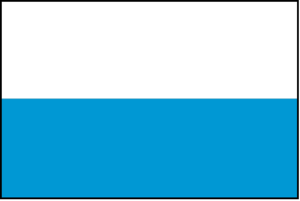 If he is from Bavaria and they are written in dialect, the writing will be neither in High German nor in Low German.

Low German is spoken in the North German region, High German is the German high language as spoken and written according to Duden.

the "Bayern Atlas" https://geoportal.bayern.de/bayernatlas/?lang=de&topic=ba&bgLayer=atkis&catalogNodes=11,122 is a verry good map. If you go to "Thema wechseln" - "Verwaltungsatlas" - "Kirchen" (on the left) - "kath. Kirche" you can display the parish boundaries. It is ideal to find the possible parish. Or you can change to an historic map. On the bottom right "Hintergrund" change to "Historische Karte"

The map is only for Bavaria!!

Traci Thiessen
Thanks Monika! I added a link under the Maps heading above.
posted Jun 13, 2021 by Traci Thiessen

Traci Thiessen
For info: Genealogy and house chronicles in the area northwest of Munich - www.genealogie-kiening.de
posted Mar 31, 2021 by Traci Thiessen

Glenn Wright
Another handy resource that might fit here (and other areas of wikitree, too) is: www.genteam.eu . Once you register for an account, you get access to databases containing records in Vienna, Czech Republic, Slovakia, Slovenia, Passau, Nuernberg, Bayreuth,etc. I found a record for my great-grandfather in the Passau database, but a few details seem to differ slightly from the birth certificate I have for him.
posted Jan 04, 2020 by Glenn Wright

Debi (McGee) Hoag
Interaction with a brand new volunteer introduced me to http://data.matricula-online.eu/en/ "church registers (mostly books of birth, marriage and death) from bvarious European countries (currently Austria, Germany, Poland and Serbia)." I thought you might want this for the Bavaria Project resource page.
posted on Bavaria (merged) Oct 24, 2017 by Debi (McGee) Hoag