[send private message]
This page has been accessed 418 times.

Origins in Europe of Behres in the USA

Origins of the Extended Families in the USA

The following are the main Behres trees on WikiTree (currently not linked together).
Complete list of Behres on WikiTree

2). George Ludwig Frederick Behre came from Germany in the late 1800s and settled in Morris County, New Jersey. He may be the brother of Charles F. W. Behre, but no record has been found to confirm this. DNA matches do confirm a relationship.

Charles Heinrich Behre came from Germany in the early 1800s and settled in the Charleston South Carolina area.

Joseph Behre is from Germany. Note that this is a different group of Behres than the family of Charles Henry Behre II who moved to New Orleans.

1) August Frederick Behre came from Germany (perhaps from Hanover) in the 1800s and settled in Brooklyn, Kings, New York. It is possible that this Behre is linked to the South Carolina Behres

2) Aloysius Behre came from Westphalia, Germany. No link has yet to be found between Aloysius and August Frederick Behre.

Frederick Behre came from Germany, stopped in New York, and settled in San Francisco, California in the late 1800s. He may be related to August Frederick Behre but that relationship has not been established.

Clemons Maurice Behre is from Hilger, Montana in the 1800s. He was born in Hanover, Germany.

George John Behre is from St. Louis, Missouri in the 1800s. He is most likely from Germany but no record currently indicates this.

Ernest Ludwig Behre is from Havana, Mason, Illinois in the late 1800s. He is from Hanover, Germany.

Christian Behre is from Sauk, Wisconsin in the late 1800s. He is from Germany. 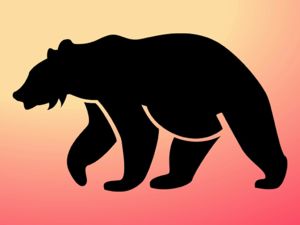