[send private message]
This page has been accessed 868 times.

This page is part of the Scottish Families Team

For Profiles in this Clan, visit Category:Clan Bonner

The goal of this project is to ... offer a focal point for all members interested in the Lairds and Chiefs of Clan Bonnar together with members bearing the name Bonnar, the related families and those recognised as septs of Clan Bonnar.

The Bonner/Bonar Clan is a smaller clan and as such does not have a Chief. They are considered a Sept of Clan Graham. Although, they maintained some independence, it was more advantageous of Clan Bonner/Bonar to join with the much larger and powerful Clan Graham for protection. Clan Bonner/Bonar did not become fully absorbed into Clan Graham and to this day still maintains a separate tartan.

Bonner/Bonar Surname: The name BONNER was derived from the Old French 'bonair' a name given to one who was debonair, civil, gentle and courteous. The Bonner name arrived in England, Ireland and Scotland after the Norman Conquest in the 11th Century. [1]

Meaning 'gentle' (from the French) or `Bona res...' A good thing, this reputedly spoken by the King of France after a very un-gentle act of war on the part of Guilhen de Bonares as he was called thereafter. (Guilhen de Bonares is recorded in Perthshire c.1200) [2]

Scottish Bonner's that immigrated to the United States left out of Glasgow to Ports of Philadelphia, New York and Maryland. [3]

Per the US 1920's Census, the majority of Bonner's were living in Texas, Alabama, Georgia, Pennsylvania and New York. [4]

Since Clan Graham was located in the present day Stirling District of Scotland, the Clan Bonner/Bonar was probably located in the same area. [5] Historically, Stirling was a strategically important location and known as the "Gateway to the Highlands" since it sat at the border of the Highlands and Lowlands of Scotland. [6] Stirling is an ancient Stone Age settlement with Stirling Castle being one of the largest and most important castles in Scotland. [7]

Notables of the Bonner Name:

This profile is part of the Bonar Name Study. 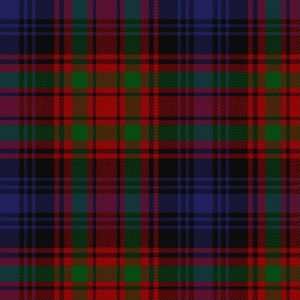