[send private message]
This page has been accessed 293 times.

This profile is part of the Boone County, West Virginia One Place Study.

History
Boone County was formed in 1847 from Kanawha, Cabell, and Logan Counties, Virginia (now West Virginia). The county was named for Daniel Boone. In 1742, while on an exploring trip, John Peter Salley and companions discovered coal near the present day community of Peytona. The discovery of coal has played a vital role in fueling the steel mills and power plants of the United States, and remains the backbone of Boone County's economy. Madison is the county seat, formed in 1906, and derived its name from Colonel William Madison Peyton.[1]

Geography
The area is part of the Allegheny Plateau. Consisting of mountainous areas with little bottomland. Elevations vary from a low of 660 feet in the north to nearly 3,400 feet in the southeast. The land is heavily forested and rich in mineral resources. The main rivers are the Coal and Little Coal rivers, which flow to the Kanawha River. [3]

Cemeteries of Boone County on WikiTree 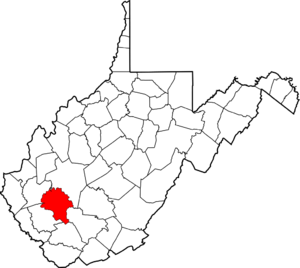 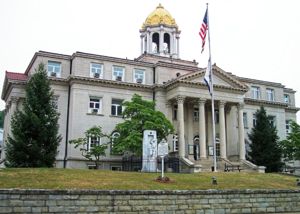