[send private message]
This page has been accessed 724 times.

Briscoe county was created from Bexar District August 21, 1876, but was not organized intil March 15, 1892. It is named for Andrew Briscoe 1810-1849, Defender of Texan liberty at the Battle of Concepcion, the Capture of Bexar, and the Battle of San Jacinto. [1]

Pre-Columbian - Ruins of irrigations canals indicate a high degree of civilization.
1700 - The Plains Apaches followed these Indians by the Comanches, who found the canyon recesses abundant with buffalo, antelope, and other wild game. [2]
late 1780's - José Mares and Pedro Vial came trough with their trading expeditions. [2]
1841 The Texas Santa Fe Expedition went through Quitaque country
1852 Captains Randolph B. Marcy, George B. McClellan followed the Prairie Dog Town Fork near the springs of area west of the site of present Quitaque. [2]
1872 Col. Ranald S. Mackenzie's 4th US Cavalry crisscrossed the county in pursuit of the "Mongols of the West"[2]

1878 The Baker brothers and O. J. Wiren established the Quitaque (Lazy F) Ranch, which was added to the JA Ranch properties in 1882 and fenced the following year.[2]
1883 The Tule Ranch in Armstrong and Briscoe Counties, is 175,000 acres, and used COW-CALF, yearling, Stocker cattle, wheat.
1887 Charles Goodnight terminated his partnership with Cornelia Adair, then owned Quitaque, along with L. R. Moore. JA and Shoe Bar ranches owned land in the NE part of the county. [2]
1890 The Stock farmers and small ranchers began on the periphery of the Lazy F.[2]
Aug, 1890 - Thomas J. Braidfoot filed for his claim on the section of land and built his hous. This would later contain Silverton and built his house. He and business partners who had arrived from Della Plain, Floyd County formed the Silverton townsite company. He built a house in the area. In the spring of the following year he and his associates, most of whom had arrived from Della Plain in Floyd County, formed a townsite company. -[3]

1890 The Quitaque was first known as a stage stop. Merchants and other businessmen also trickled in. [2] 1891 Thomas J. Braidfoot laid out the townsite of Silverton and led the movement for the organization of the county. By the spring of 1892 enough settlers had arrived to bring Braidfoot's plan to fruition. A petition was circulated, and on March 15, 1892, the electorate officially organized the county and chose Silverton as its seat.

1892: The Jail was constructed in 1892, made of handcut stone hauled here by horse-drawn wagons from Tule Canyon. In the early years sheriff's families rented it as residence. Lower floor was used by Red Cross workers, for sewing, during World War I.

This jail stands as the lasting reminder of what courage and dedication mean in preserving law, order and integrity in Briscoe County. The jail (1892) is the oldest building in Briscoe County.The County Attorney is keeper of the museum keys. [4]

Tule Ranch 1883 The Tule Ranch in Armstrong and Briscoe Counties, is 175,000 acres, and used as COW-CALF, yearling, Stocker cattle, wheat.

1887 Charles Goodnight terminated his partnership with Cornelia Adair, then owned Quitaque, with L. R. Moore. JA and Shoe Bar ranches owned land in the NE part of the county.

[2] Land for this ranch was in Tule canyon, which runs through the ranch was purchased in 1883 by Charles Goodnight and John George Adair. Following this Mattie Hedgecoke bought land when the JA Ranch was sold. Mattie Hedgecoke, then sold 27,000 acres of Mr. D. M. Cogdell, Sr in 1953.. Cogdell acquired more acreage, which were inherited by sons Billy and D. M. Jr.In 1994 Billy bought out his brother’s half of the Tule and is its sole owner.</ref>

Briscoe county Courthouse, constructed in 1922 with style Classical Revival made of Brick and concrete. [1]

North Central Plains is bounded by the Caprock Escarpment in the Panhandle. The Caprock is higher in elevation than the rest of the North Central Plains. A noted fact of one who has lived there,- over the ages the creeks and rivers run-off of water wears the region down to the river. This is known as the Breaks.

Size: 887 sq mi of
Terrain -irregular terrain
Altitude: 3,300 feet drops in Tule Canyon as low as 1,000 feet.
Precipitation : 10.5 inches
Growing season averages 214 days a year.
Temperature -Minimum is 26° F in January, and maximum is 94° in July.
Silverton, the county seat, is five miles SW of the center of the county,

Soils: gray and chocolate loams to light sand in valleys of the Prairie Dog Town Fork of the Red River and its tributaries, including Tule Creek. These streams have formed the canyons and breaks crossing the county's northern and eastern portions.
Grasses/Trees - native grasses, mesquite and cedar trees; cotton, wheat, and grain sorghums are raised on the arable lands above the Caprock.

Scenic Drives Hwy 86 and 207 North are noted for being scenic drives. The drive between Silverton and Claude crosses Palo Duro and Tule Canyons. Hwy 256 reveals the Eastern edge of the Great Plains in a dramatic change in altitude.

The Texas Panhandle is a region of the U.S. state of Texas consisting of the northernmost 26 counties in the state. The panhandle is a rectangular area bordered by New Mexico to the west and Oklahoma to the north and east. The Handbook of Texas defines the southern border of Swisher County to be the southern boundary of the Texas Panhandle region.

Tule Canyon Mackenzie Reservoir was begun when water on Tule Creek was impounded. In 1972 the project was begun, just east of the site of the slaughter of the Indian ponies by Col. Ranald S. Mackenzie's Fourth Cavalry in 1874 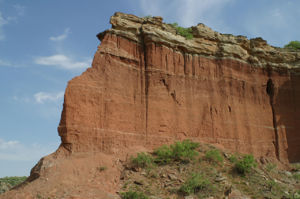 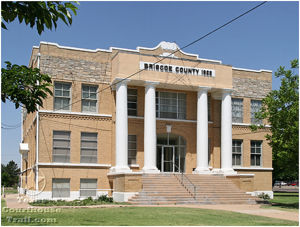 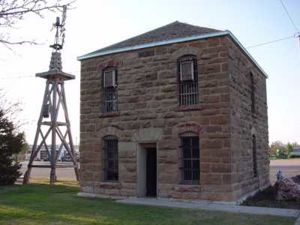 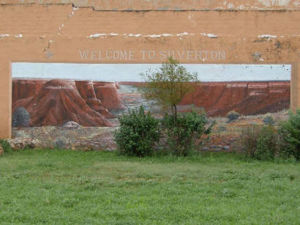 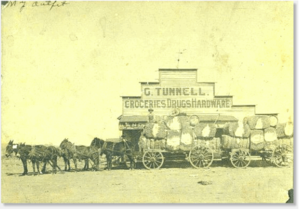