[send private message]
This page has been accessed 2,820 times.

Welcome to the British Columbia Team, a sub-team of the Western Canada Team and part of the Canada Project.

The mission of the British Columbia Team is to add and improve profiles of early and significant British Columbians. Team members take primary responsibility for relevant profiles or family groups and work on merging duplicates, cleaning up profiles, adding sources, removing incorrect information and offer research assistance as needed.

create Free Space profiles for events, places, and other topics of genealogical interest pertaining to British Columbia,
bring together WikiTreers with an interest in British Columbian families, and to share resources to further research.

If you would like, you may add a sticker to the profiles you manage that belong to this team. This sticker is for all persons who have been identified as significant or early British Columbians.

See this page for additional pages of notables:

Heal as a Data Doctor!

Remember those who served in WWI!

Remember the victims of disaster!

Tell the story of BC Japanese Canadians!

Tell the story of early BC African Americans!

Ask questions: If you need help getting started on any of these projects, email Peggy.

Canada sticker: can be used to indicate a person lived in British Columbia.

Migrating ancestor sticker: can be used to indicate a person moved to British Columbia.
Military sticker

Vancouver Archives: The Vancouver Archives post a blog called Authenticity, which covers all kinds of fascinating stuff about what's available in the archives, what's newly added, and so on. Currently, they're doing a series on using the resources in the archives to research the history of a particular building, like, say, the house your grandparents lived in.

Changing Vancouver: There's another blog called Changing Vancouver which posts historic photos of different buildings in Vancouver, with accompanying photos of how the same place looks today, with a short history of the building(s) involved. I don't know who's behind it, but apparently, they haunt the public library and the archives, because they dig up the most amazing facts.

WestEndVancouver: "This site is about the history of the West End in Vancouver, British Columbia, Canada, starting in the late 1800s and running to about 1920. It deals mostly with the West of Denman area, from Denman Street on the east to Stanley Park on the west, and from Coal Harbour on the north to English Bay on the south." 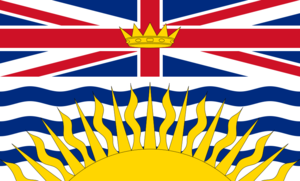 Please remove Category: British Columbia Entertainers, since it's being deleted. Thanks, Natalie