[send private message]
This page has been accessed 94 times.

Information on the memorial can be found on the NZ History page for Buckland Memorial.

The War Memorial in Buckland was unveiled on a small reserve between Pukekohe Road and the railway line on 25 April 1921. Initially there was just the one plaque to honour those who died in World War One, but a second plaque was added after World War Two.

The rough-hewn Celtic cross sits on a concrete plinth with a flag pole at ground level on either side. Governor-General Viscount Jellicoe planted a cedar on the reserve a bit more than a year later, but this did not survive.

The memorial contains no names, but these may have been on a Roll of Honour in the local hall (which was known as the Memorial Hall). If so, the Roll of Honour board was lost when the hall burned down in 1932. The Buckland Second World War roll of honour is on display in the new Buckland Hall which opened in July 1955. 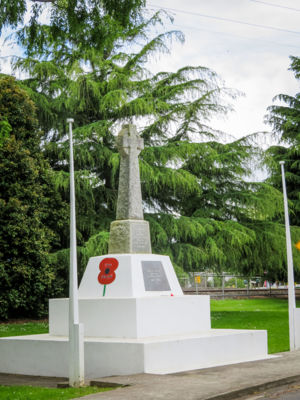 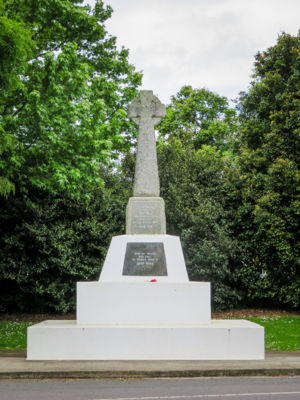 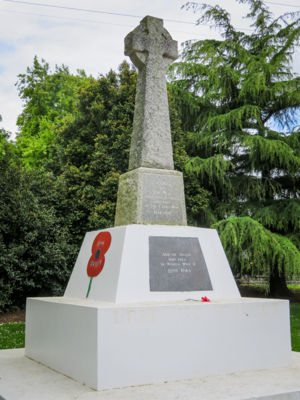 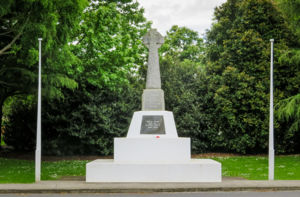