[send private message]
This page has been accessed 1,661 times.

1807 - explorer Zebulon M. Pike, traveled on the Old San Antonio Road to Natchitoches after release from prison in Chihuahua.[1]

1820 -Moses Austin crossed Burleson area on the Upper Road from Arkansas to San Antonio de Béxar seeking an empresario contract in the fall of 1820.[1]

1830 As part of Mexico's intent to slow down immigration from the USA into Texas after passing its 1830 Mexican Law, Ft Tenoxtitian was built (1 of 3 forts built by Mexican government). Lt. Col Ruiz sent 100 cavalrymen from the Alamo de Paris, to build this fort near the halfway point of the El Camino Real (king's Highway). Mier had grandiose ideas for it to be the capital of Texas. With the location, it guarded the El Camino Real (king's Highway) built near the crossing where the Brazos River basin. Mier issued instructions for the design, but were ignored and most likely log construction. [2][3]

1831 Francis Smith had established a general store in the community.

July, 1832 Mier y Teran realized his capital of Texas was not to happen and committed suicide. This left Col. Ruiz with his troops, which he decided to abandon the Tenoxtitlán garrison and return to Bexar Colony. After this the area was left with Anglo and Mexican settlers.. A trading post and settlement remained but disappeared by 1860. [1]

1834 Robertson opened a land office in Tenoxtitlán and began issuing patents to land north of the Old San Antonio Road.[1]

Mar, 1836 - residents of the area joined the mass flight from the advancing Mexican army following the fall of the Alamo, (the Runaway Scrape).[1]

1837 - William Oldham had purchased Arnolds property. Home of the black settlement on the large estate of Oldham, known as the "Free Settlement", home to free blacks (including Oldham's 7 children by a slave mistress).[1]

May 1841 - as settlers became more numerous, Indian raids increased..Tenoxtitlán itself was a target, until the last fatal raid.

1846, Erath introduced in First Legislature of State of Texas a bill creating Burleson County out of land of Milam and Washington counties. Burleson County was created from Milam and Washington Counties, with Caldwell, Texas as county seat. Named in honor of Gen. Edward Burleson, War of 1812, (Perkin's Regiment, AL), San Jacinto, Indian Wars veteran, Republic of Texas vice-president, senator and signer of The Texas Declaration of Independence.[2]

1866-70s Reconstruction was violent, with veterans who became outlaws rather than resume a peaceful life. The outlaws became cattle rustlers, thieves along the Yegua, such as notorious Sam Bass and his gang.[1]

1840 Caldwell was made the county seat by Republic of Texas Congress. Texas Congress annexed all of Washington County north of Yegua Creek to Milam County. The proposed town was surveyed by George B. Erath and named for Mathew Caldwell, was laid out parallel to the Old San Antonio Road. Caldwell served as the county seat of Milam County until Burleson County came into being in 1846.

The town had a population of 300 prior to the Civil War and it's prosperity was reflected in its brick courthouse. During Reconstruction, a company of State Police was stationed in Caldwell. Postwar Caldwell had its own newspaper, bottling works and ice plant. The Gulf, Colorado and Santa Fe Railway built through in 1880 and in 1905 six passenger trains arrived daily. In 1882, the first tax supported public school was built.

Company E of the Texas National Guard, was headquartered in Caldwell, part of the Thirty-sixth Infantry Division. Many soldiers of this unit were captured at Salerno, Italy, in 1943 and were POWs until the war's end. http://www.texasescapes.com/CentralTexasTownsSouth/Caldwell-Texas.htm

4th Courthouse, 1927 This is style: classical Revival, with Material of Brick and concrete. It has 1st floor main lobby with colorful, detailed ceiling molding and an opening looking up into the top floor skylight. Its floor has colorful inlay tile depicting the Burleson County Seal.[5]

Burleson Cointy is in East central Texas, 45 miles East of the State Capital at Austin.

Prime Farmland - 21 and 30% is classified as prime farmland

975 to 1995, the Burleson county judge, who presides over the commissioner's court, were the son and father team of Mark Steglich Caperton (born 1946), a Caldwell attorney, and Woods Allen Caperton (1920-2009). Mark Caperton was the judge from 1975 to 1983 and was succeeded by his father, a former agent of the United States Soil Conservation Service. Woods Caperton also served seventeen years as a member of the Caldwell Independent School District and was a member too of the Burleson County Hospital District. During his time on each board, a new high school and hospital were begun. Woods Caperton was also chairman of the Brazos Valley Development Council and the Brazos Valley Mental Health Mental Retardation Center. He founded the Caldwell Cub Scouts and was instrumental in the development of the Caldwell Little League. Another son, Kent Caperton, served from 1981 to 1991 as the District 5 state senator. Kent Caperton, formerly of Bryan, is a lobbyist and lawyer in Austin.[6] 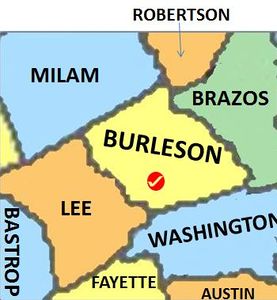 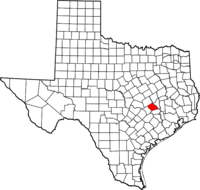 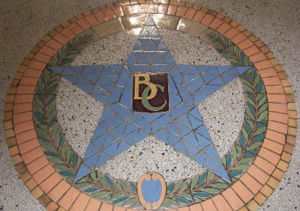 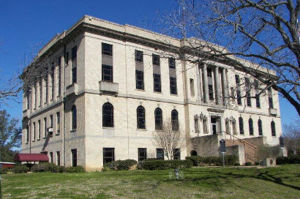 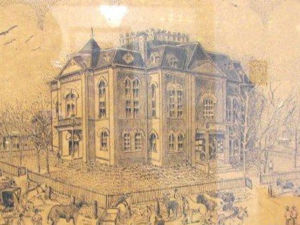