[send private message]
This page has been accessed 638 times.

1720 The Comanches forced out the Apaches, who ruled the Panhandle-Plains area until they were defeated by the United States Army in the Red River War of 1874. [4]
1874-75 Red rivers Wars -The Indians were confined to reservations in Indian Territory during 1875 and 1876. [4]
1876 - Buffalo hunters arrived in the region in 1876 and by the early 1880s had eliminated the last remnants of the formerly huge herds. [4]
1886The Texas legislature established Castro County in 1876.[4]

1884 -7-UP Ranch James W. Carter brought his family, building a medium-sized ranch of 72 sections in the SW n part of the county on Running Water Draw. Ranchers began to arrive in the county in the early and middle 1880s. Other ranches, headquartered in surrounding counties, controlled Castro County lands. [4]

The XIT Ranch held some land in the S and W parts of the county, while the T Anchor Ranch controlled some of the land in N. The Cross L Ranch had lands in SE Castro County, and the Circle Cross controlled ranges in the E part of the county. [4]

1888 Lysius Gough filed on land S of the site of present-day Dimmitt. [4]
1889 James L. Beach and his six sons from Grayson County each filed on sections of land in the same general area and dug dugouts , confident that a county seat would be soon be established nearby. [4]
1890 nine people lived in Castro County; most of them were members of the Carter family.
1890-1900 Castro County slowly developed. Some settlers arrived in the nineties to claim land for agricultural or commercial uses. [4]
Mar 4, 1890 Bedford Town and Land Development Company was formed in Grayson County with H. G. Bedford as president. [4]
May 27, 1890 the company bought a section of land near the center of the county, even dug a well,built a water tower , eager to establish a county seat for Castro County, bought a section of land near the center of the county, dug a well, built a water tower, and platted a town, Dimmitt , due to partnership between between H. G. Bedford and the Rev. W. C. Dimmitt. [4]
1890 and 1891 settlers, including Ira Aten, Thornton, Will Jones, Mrs. M. B. Fowle, Tates, Turnbows, and J. E. Turners, moved near Dimmitt.[4]
1891 Castro County's new settlers petitioned for organization of the County Seat.

Developers of different townsites competed for the location of the county seat Castro City, posed a real threat. [4]

Dec 9, 1891 With 150 names onfor organization, the petition for organization it was presented to the Oldham County Commissioners Court on December 9, 1891. [4]
Dec 21, 1891 Castro County was formally organized by an election on December 21, and Dimmitt was designated the county seat. [4]
1891 The county was organized in 1891, and a courthouse was built about the town square. [1][4]
I892 McCormick's attempt to establish an Irish Catholic colony named Wind on his property failed, so he agreed to Reisdorff's plans. [4]

1900-1901 Soon XIT and other Panhandle ranches began to sell lands to arriving settlers, [4]
1902-06 German farmers settled in the E part of the county helped to stimulate farming on a large scale. The German immigrants came to Castro County as a result of the colonization efforts of a Catholic priest, Father Joseph Reisdorff. Reisdorff, founder of other German colonies at Rhineland, Windthorst, and Slaton, began his Castro County promotions in league with Tom McCormick, of the E part of the county since 1892.[4]
I892 McCormick's attempt to establish an Irish Catholic colony named Wind on his property failed, so he agreed to Reisdorff's plans. [4]
1902 Reisdorff and McCormick established a town, Nazareth, in 1902 to serve as the center of his new colony.The Germans and other newcomers took up both farming and stock raising, and farming gradually grew in importance over the years. [4]
1906 -The ornate two-story courthouse was completed but was destroyed by lightning in 1906.[1]

Land for a NEW Capitol!

When reading of Charles Goodnight, the Chisolm Trail or Richard King's ranch, one thinks of cattle and land of the 1800's. The Texas legislature thought of what they could do with all of its land. Here were the descendants of theTexas settlers who fought for the independence wondering just how they could pay all of its bills. The Republic of Texas had no money, but had previously rewarded the fallen heroes with land bounties. Still no money coming in. By 1875 Texas needed a new capitol building, but it was short on cash as it had been for 40 years.. Why not do a GREAT BARTER? Wikipedia:XIT Ranch , XIT Museum History , Texas online, XIT Ranch

These new legislators set aside a large amount of its lands to use for the capitol. By 1891 a fire destroyed the existing capital. Time for action. There was an investment syndicate, two brothers from Parmer county. An agreement was reached between the Chicago-based investment syndicate to back the brothers for and survey prior to fencing the XIT Ranch. Wikipedia:XIT Ranch , XIT Museum History , Texas online, XIT Ranch ,

Of this Elijah Wood began building a new capitol building in Austin. The COLLABORATION became one of the grand legends of the state’s cattle heritage.

XIT Ranch and the State Capitol

In 1875, it was proposed that the great state of Texas needed a new capitol building. Short on cash, the state legislature instead set aside 3,050,000 acres in the Panhandle as payment. An investment syndicate from Chicago, with the backing of wealthy and titled British investors, accepted the proposal in 1882 and began surveying the lands of present-day Dallam, Hartley, Oldham, Deaf Smith, Parmer, Castro, Bailey, Lamb, Cochran, and Hockley counties. The land was good for raising cattle, and by 1885, barbed wire fenced the acres known as the XIT Ranch and the first 2,500 head of longhorn cattle arrived in Dallam County. Wikipedia:XIT Ranch, XIT Museum History, Texas online, XIT Ranch

THE BRAND The most accepted version of how the XIT Ranch got its name is that cowboy Abner P. Blocker, who drove those first longhorn herds to the ranch, created “XIT” as a brand that cattle rustlers couldn’t alter easily. Other theories are that the name stood for the “ten in Texas” (counties) that made up the ranch.

At its peak, the XIT ranch had 1,000 horses, 6,000 miles of barbed wire fence, over 100,000 head of cattle, and 150 cowboys. Some were African American, hispanic vaqueros, and white cowboys who repaired the fences, installed new ones, branded cattle, and moved herds to new sources of water.AT night they patrolled the fence lines watching for wolves and two legged (cattle rustlers).

1908 2nd Castro County Courthouse- this was brick courthouse with a central dome1908. When complete there was a community picnic. This was still standing in the 1930's when the county had it torn down to build the #3 courthouse. [5]

North Central Plains is bounded by the Caprock Escarpment in the Panhandle. The Caprock is higher in elevation than the rest of the North Central Plains. A noted fact of one who has lived there,- over the ages the creeks and rivers run-off of water wears the region down to the river. This is known as the Breaks.

160 acres located in Castro County The WMA has a playa lake surrounded by grassland and reseeded farmland. Wildlife viewing from the surrounding roads is the only activity at this location. This environment attracts migratory waterfowl and shorebirds during the fall, winter, and spring. There are no restroom facilities.

There is no public road for visitors to access this 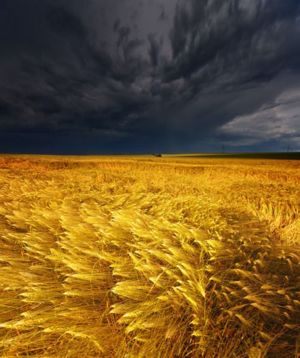 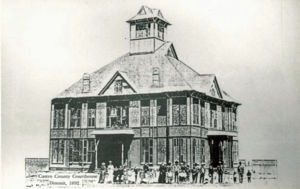 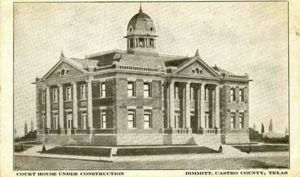 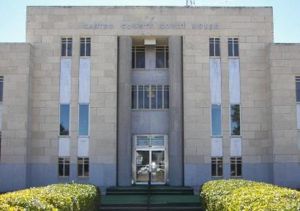 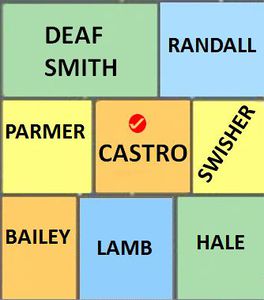