[send private message]
This page has been accessed 3,286 times.

All houses in which men have lived and died

Are haunted houses Through the open doors

The harmless phantoms on their errands glide,

With feet that make no sounds upon the floors.

Chillingham Castle, dates back over 800 years. It was first used as a monastery in the [1]12th century. In 1298, King Edward I stayed at the castle, while on his way to Scotland to fight the Scottish army led by William Wallace.The castle was the first line of defence, preventing the Scots getting over the border to invade England.[2] The castle has had a long barbaric and bloody history,it is no wonder[3] Chillingham Castle is regarded as one of the most [4]haunted places in England, with hundreds of [5] paranormal events being recorded. 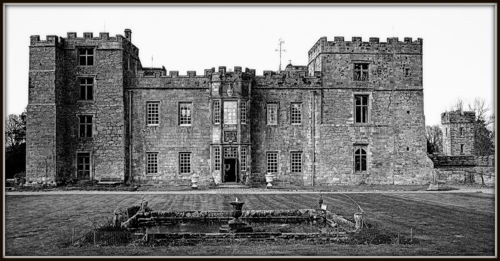 Chillingham Castle has been owned by the family of the Earls Grey and their relations, since the twelve hundreds. The castle has a long and brutal history.In the family there has been eighteen Knights of the Garter,eight of the family , had been executed . Some were hanged, drawn and quartered. While alive, they were cut down from the Gallows to have their entrails removed.Still living, their bodies were cut into quarters. The head was displayed on city gates, as a warning. Other members of the family, were lucky and merely had their heads chopped off.

The Dungeon is a very small room ,the prisoners would have had their arms and legs broken before being thrown 20ft down a hole into the dungeon, and left there to die, they either starved to death, or died from their injuries.It has been said, that if you look down through the grate covering the dungeon, you can see the remains of a young girl looking back up at you. She was the last person to be killed there.Many people have experienced things in the dungeon ,orbs of light have been seen, that visitors have captured in photos,although cameras don't always work in the dungeon,noises ,groans the feeling of being watched.[6]Visitors have said, the room has a dark depressing feel to it.

John Sage was the castles torturer,it is reported that he tortured as many as 7,500 people in three years most of them are Scottish. The new torture chamber at the castle,has many of the original tools used by John Sage.His presence has been heard ,as the sound of dragging because of his mutilated leg. Visitors also get the feeling of being watched, some are pushed and smell a dirty putrid stench and they get a depressing heavy feeling. Is John Sage still in the castle dungeon looking for his next victim. 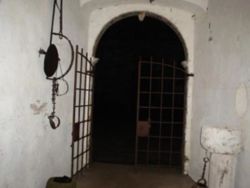 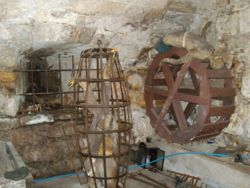 The Ghost of Lady Mary Berkeley

Another ghost,that is said to haunt the castle is that of[7]Lady Mary Berkeley, wife of Lord Grey of Wark and Chillingham. Lord Grey fell in love with Lady Berkeley's sister, Lady Henrietta,they ran away together.Lady Mary was left in the castle, alone with her baby girl, heartbroken and in despair, [8] Lady Berkeley killed herself. Lady Mary wanders the corridors, of the castle looking for her husband. Visitors to Chillingham Castle have often heard the rustle of an old fashioned dress or a chill as if the ghost has walked by. Many years after her suicide, a portrait of Lady Berkeley was hung in the nursery above the fireplace.Some of the Grey children, said that one night while their nurse was getting them ready for bed, all of them saw the ghost of Lady Berkeley, step out of the portrait and follow them around, maybe she is still looking for her husband Lord Grey. 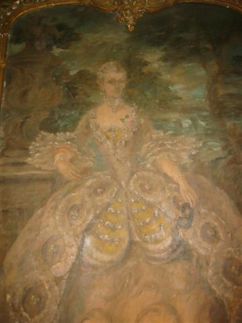 One of the most famous ghost who used to haunt Chillingham was the [9]Blue Boy. He used to appear in the Pink Room, terrifying visitors sleeping in that room,waking them up with a agonizing howl. The guests would then see a child like form as it slowly materialized before them, bathed in a blue light.The story is the boy found some documents, to be given to the Spanish from the owner of the castle at the time, to help them defeat the English during the time of the Spanish Armada. The boy was walled up alive with the documents, and his body was found in the 1920s during renovations,along with some blue cloth from his clothes . The bones of his fingers were worn away from where he had been trying to scratch his way out.

In the castle there is a room called the Inner Pantry ,where past owners stored all the valuable silver. One night, a guard was on duty when he turned, and behind him was a pale,woman dressed all in white. She whispered to him that she needed a glass of water. The guard thought she was a guest of the castle, he turned to get her the water when he remembered that he was locked inside, and no one could have gotten in. When he turned back to talk to her, she'd already vanished. A guest at the castle, having no knowledge of the hauntings, said the presence was of a female who longed for water as she was slowly poisoned in olden times. 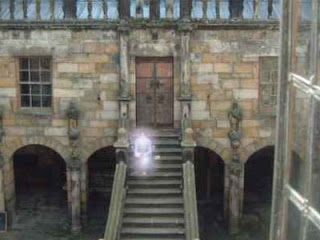 Ghost photographed on the steps of the Castle court yard

The lake at the castle is very pretty, full of fish and where otters live .But at night it gives off a different feeling, in the deep dark depts of the lake, lie the remains of thousands of Scots, killed during the war with the English, the bodies would be bundled onto a cart and then thrown into the lake. The water is rumoured to be cursed, if you put your hand into the water the souls of the dead, will pull you under to your watery grave.

There are many many ghost that are said to haunt the castle ,there are ghost in the bed chamber, ghosts in the courtyard, there is the ghost of a young officer. Bright glows by the fireplace, orbs of light, blue flashes, rustling of fabric, icy draughts, soft halo of light around the four poster bed, footsteps when no one is there,voices in the library.Groans in the dungeon,screams can be heard late at night.With its long bloody brutal past, it would be more surprising if Chillingham Castle was not haunted. 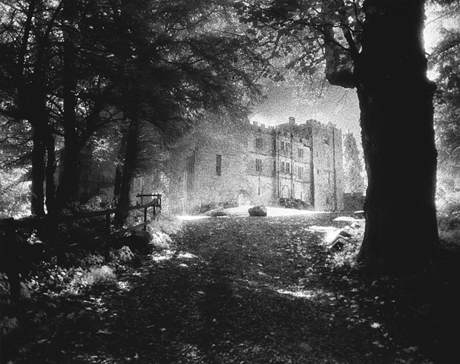 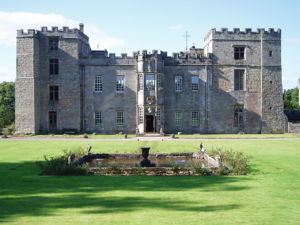 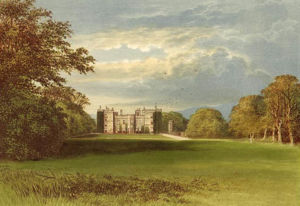 Leave a message for others who see this profile.
There are no comments yet.
Login to post a comment.
[Living Turner]
I am never drinking Earl Grey tea again.
posted Oct 30, 2017 by [Living Turner]