[send private message]
This page has been accessed 614 times.

The focus of this team's work is to identify, improve and maintain profiles associated with the Lairds and Chiefs of Clan Calder together with members bearing the name Calder, the related families and those recognised as septs of Clan Calder.

The name 'Calder' is thought to come from the early Common Brittonic, meaning 'hard or violent water' (the modern Welsh word for hard is "caled"), or possibly 'stony river'. It is found as a place name throughout Scotland: Calder in Caithness, Lanarkshire, Inverness, Ayrshire and Midlothian; Cadder is in Glasgow; Cawdor is in Nairn.

Historian William Anderson asserted that the name came to prominence in Scotland through a French knight called Hugo de Cadella, who was created Thane of Calder, later known as Cawdor. The historian George Fraser Black lists Hugo de Kaledouer as a witness to a charter of land near Montrose in around 1178. The early Thanes of Calder – an old spelling of the place name – were appointed Sheriffs and Hereditary Constables of the royal castle of Nairn. This fortification, founded by William the Lion in 1179 was sited to command the ford over the river Nairn near the sea. The third Calder, Thane of Cawdor was however murdered by Sir Alexander Rait of nearby Rait Castle.

In 1454 William, the 6th Thane of Cawdor, was granted a licence to fortify Cawdor Castle on the current site. That fortified castle is now the substantial tower that stands at the heart of the current Cawdor Castle.

William's grandson John, 8th Thane of Calder married Isabella Rose, daughter of Hugh Rose of Kilravock. The marriage was not happy and John's father appears to have objected to his son's bride.

John Calder, predeceased his father but left two daughters of his own, Janet and Muriel. There is some obscurity regarding Janet, and Muriel was born after their father had died but survived to claim the succession. The 7th Thane then tried to have Muriel set aside and for one of his other sons to be placed in the succession. If an entail that had been made in 1488 had stood then the estates would have reverted to the nearest male heir of the Calders. However, as the old Thane had made another entail on his son John, the father of Muriel, and against his eldest son William, he had by royal charter secured the succession to either his male or female issue.

Muriel was the maternal granddaughter of Rose of Kilravock Castle who initially intended to marry her to one of his grandsons. However, Rose of Kilravrock was being prosecuted by the laird of Cromartie for the spoil of his lands via Archibald Campbell, 2nd Earl of Argyll who was the justice-general for the whole of Scotland and, to make the process easier, Kilravrock agreed to deliver his grandchild Muriel to Argyll. In pursuance of this agreement the ward of marriage of Muriel was granted to Argyll, "by the king's gift", on 16 January 1495. She was kept in the house of Kilravrock and Argyll granted to him a bond of maintenance and friendship dated 1 February 1499.

In the autumn of 1499, Argyll sent Campbell of Inverliver, with sixty men, to receive the child and send her south to be schooled, or to be brought to Inveraray Castle. As Inverliver was travelling on his way with Muriel, at Daltullich, close to Strathnairn, he found himself being pursued by Muriel's paternal uncles, Alexander and Hugh Calder, who had a superior force. Inverliver sent Muriel off with six men and turned to stop the Calders. To deceive the Calders a sheaf of corn was dressed in some of the child's clothes and kept at the rear. The conflict was sharp and there was considerable loss of life. Among those killed were six or eight of Campbell of Inverliver's sons. When he thought that Muriel was out of reach of her uncles he retreated leaving the fake child to the pursuers.

A legal fight ensued and in 1502 Muriel's right as heiress was established in law. The following year the old Thane of Cawdor died leaving his sons to carry on the quarrel for some time. In 1510, Muriel was married to Sir John Campbell who was the second or third son of Campbell of Argyll. Sir John Campbell then received the estate of Calder. Sir John Campbell died in 1546 but Muriel survived him, dying about 1575.

Muriel's descendant, John Campbell of Cawdor, was raised to the peerage as Lord Cawdor in 1796, and his son was created the first Earl Cawdor in 1827. The present Earl Cawdor still lives in Cawdor Castle, seat of his Calder ancestors.

The name of Calder did not disappear. John Calder, the Precentor of Ross, came to the assistance of the Calders with the intention of maintaining the old line. William Calder, Vicar of Barivan who was the eldest son of the old Thane, successfully claimed the lands of Little Urchany. John Calder the Precentor also secured the lands in the burgh of Nairn that belonged to the Calders for his nephew, William Calder the Vicar; and the Calders of Asswanly received lands near Elgin in 1440. In 1686 this family obtained a baronetcy of Nova Scotia. The most notable member of this branch of the clan was Robert Calder who saw substantial service in the Napoleonic Wars.

During World War II, Sir James Calder was an advisor to the Ministry of Supply. The US Senator, WIlliam Musgrave Calder was the grandson of Scots from Aberdeen. Calders are still found around Inverness today: Douglas Calder was President of the Royal Incorporation of Architects in Scotland and was also appointed director of planning for the newly created Highland Region in 1974. 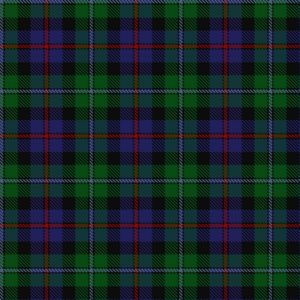