[send private message]
This page has been accessed 655 times.

The focus of this team's work is to identify, improve and maintain profiles associated with the Lairds and Chiefs of Clan Colquhoun together with members bearing the name Colquhoun, the related families and those recognised as septs of Clan Colquhoun.

The name Colquhoun comes from the Gaelic place name "cuil cumhann" meaning "narrow corner". The location of Colquhoun (pronounced "ca-hoon" with the accent on the second syllable) is on the western shores of Loch Lomond. Umfphredus de Kilpatrick was granted the lands by the Earl of Lennox in the 13th century, during the reign of King Alexander II. He adopted the surname from the name of the area. Initially, he lived at Dunglas castle, which was not far from the royal Dumbarton Castle. Later, the Colquhouns became the keepers of that castle.

The chiefs obtained lands at Luss through marriage in the 14th century. In the 15th century, Sir John Colquhoun became Comptroller of the Royal Household and expanded the estates to include the forests of Rossdhu and Glenmachome, plus the estates of Kilmardinny. Sir John was one of those who negotiated at the court of King Edward IV of England, trying to arrange the marriage of the young King James IV and Edward's daughter. While this was not successful, it was the later marriage of James IV to Margaret Tudor which led eventually to the Union of the Crowns in 1603. In the 16th century, a Colquhoun emigrated to Sweden and began a cannon making factory. Names such as Cahun, Caun, Gahn and Kharun can still be found in Sweden. The Colquhouns were attacked by the Highland clans on a number of occasions. In 1602, following a raid on his property by the MacGregors, Alexander Colquhoun of Luss was given a royal commission to pursue the clan. In 1603, Alasdair MacGregor of Glenstrae led around 400 men from Loch Long into the head of Glen Fruin. The chief of the Colquhouns, with 500 men and 300 horse, advanced up the glen to meet the attack. The MacGregors split their forces into two and while one half began the battle, the other half swung through the hills and attacked the Colquhouns from the rear. They were driven into a peat bog (where their cavalry were useless) and suffered heavy losses. It was following this incident that the MacGregor name was proscribed (banned). It was not until the end of the 18th century that the chiefs of the two clans brought their enmity to an end by shaking hands on the site of the battle in Glen Fruin.

The 11th Laird of Luss was made a Baronet of Nova Scotia in 1625. But a few years later he was accused of seducing his wife's sister by means of witchcraft and became a fugitive. The estates were forfeited but recovered by his son.

The 5th Baronet of Luss was a member of the Scottish Parliament at the time of the Act of Union and vigorously opposed it. 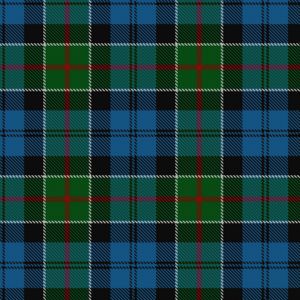