[send private message]
This page has been accessed 770 times.

The focus of this team's work is to identify, improve and maintain profiles associated with the Lairds and Chiefs of Clan MacAlister together with members bearing the name MacAlister, the related families and those recognised as septs of Clan MacAlister.

There is some contention regarding the prigin of the Clan. Today, Clan MacAlister claims to descend from Alasdair Mòr, son of Domhnall, founder of Clan Donald (as mentioned above).

However, there has been confusion on the founder. The contention arises due to the fact that there were two prominent Alasdairs (an uncle and nephew). Both of these men left many sons, however, their immediate posterity are not clearly connected with any specific area. The lack of charter evidence clouds the true history of the clan; as does the fact that for about two hundred years, the descendants of both men did not form an organised clan of their own. Alasdair Mòr first appears on record in 1253, when is recorded as witnessing a charter by his brother, Aonghas Mór a Íle, to the Paisley Abbey. According to Angus and Archibald Macdonald, he must have been a prominent man, being the only recorded brother of the Aonghas Mór. A. and A. Macdonald state that he was recorded in the Irish Annals, in 1299, as being a man noted for "hospitality and excellence". In that year he was slain in a conflict with Alasdair of Argyll and the MacDougalls. According to the traditional shanachies, Alasdair Mòr had at least five sons: Domhnall, Gofraidh, Donnchadh, Eoin and Eachann. He was succeeded by Domhnall

In the 15th century the chief of the clan was seated in Kintyre, and the clan was centred there until the 18th century, when a chief sold the family estate in preference to a lowland estate.

The current chief of the clan is William St John Somerville McAlester of Loup and Kennox, Chief of the Name and Arms of MacAlister. The chief was recognised as such by the Lord Lyon King of Arms, in 1991.

Crest: A hand holding a dagger.
Motto: Fortiter - (Boldly) and Per mare per terras (By sea and land).
Slogan:

Region:
District:
Plant badge:
Pipe music:
Gaelic name: MacAlisdair. This important family was one of the earliest branches to assert its independence from the great Clan Donald. Some doubt exists as to the exact progenitor of this clan, but it is now accepted they are the descendants of Alastair Mor, son of Donald of the Isles. Alastair first appears as a witness to a charter granted by his brother Angus, Lord of the Isles, to the Abbey of Paisley around 1253. The lands of Lowb, later to be the chiefly designation of Loup, are mentioned in a charter by James III confirming lands in Kintyre to the Lord of the Isles. In 1481, Charles Macalister was made constable of the Castle of Tarbert, and received a grant of lands in Kintyre. Charles was succeeded as chief by his son, John, who is the first to be styled ‘of the Lowb’. The Castle of Tarbert was used by James IV as a naval supply base during his campaign to suppress the Lordship of the Isles. Clan Alastair occupied an influential position, although they were by no means a numerous clan, and therefore sought to secure their position by alliances with other houses. In 1591, Godfrey Macalister of Loup received a charter from the Earl of Argyll in relation to lands at Tarbert which they held until after 1745.

The Macalisters were not immune from family quarrels, and in 1598 Godfrey Macalister killed his tutor and guardian, Charles Macalister, and thereafter besieged his sons at their house at Askomull. In 1600 the island of Arran was invaded by the Macalisters, who seized the house and estates of John Montgomery of Skelmorlie, plundering possessions valued at £12,000 Scots. Two years later, Archibald Macalister, the heir of Tarbert, led his men, along with other clans of north Kintyre, to raid the prosperous island of Bute. It is said that a force of over twelve hundred men ravaged the Stewart possessions on the island, for which act Archibald Macalister was denounced as a rebel. In 1605 Archibald and his kinsman, John Macalister, tutor of Loup, were ordered to appear before the Privy Council and fined surety on pain of being denounced as rebels. Alexander Macalister, along with Angus Og, leader of the Mac- donalds of Islay were found guilty of treason and after incarceration in the prison of the Tolbooth in Edinburgh, they were hanged. However, by 1623 Macalister of Loup was one of the justices of the peace for Argyllshire.

The Macalisters came to Stirlingshire some time in the fourteenth century, and during generations that followed their Celtic name was anglicised into its more familiar lowland version, Alexander. By the sixteenth century they settled on the estates of Menstrie only a few miles north-east of the mighty royal Castle of Stirling. William Alexander of Menstrie became a courtier under the patronage of the Earl of Argyll. He was instrumental in promoting the colonisation of the Scottish territories in Canada, known as Nova Scotia, and devised the scheme whereby those investing in the colony would receive the honour known as a Baronetcy of Nova Scotia. The scheme was a roaring success, although it did more to bolster the flagging royal finances than secure the development of the far-distant colony. There is a splendid room displaying the arms of the Baronets of Nova Scotia still preserved at Menstrie. He was rewarded by his grateful royal master first with a viscountcy, and then the earldom of Stirling. In 1631 Archibald Macalister of Tarbert visited his kinsman, William Alexander, now Earl of Stirling, at his Castle of Menstrie, and the earl procured for his guest election as a burgess of the royal burgh of Stirling in August of that year. It was during his kinsman of Tarbert’s visit that the earl obtained an acknowledgment that he was chief of the Macalisters. This was, of course, entirely a product of the earl’s vanity, and had no genealogical basis whatsoever.

By 1706 Tarbert had passed from the Macalisters into the possession of the Macleans. The chiefs continued to flourish on their lands of Loup and a younger son, Duncan, settled in Holland in 1717, where he rose to high rank in the army; his descendants can still be traced to this day. The chiefly family eventually sold off their estates in Kintyre, and the present chief lives in England. Glenbarr Abbey is the modern clan centre, displaying many interesting artifacts and mementoes of the name.

See Also: Clan MacAlister of Antrim is an Irish clan and a branch of Clan MacAlister of Scotland. The clan was established as an Irish sept in Antrim in north-east Ulster, as gallóglaigh (galloglasses), in the service of the Lord of the Isles and Clan MacDonald of Dunnyveg.

Serving as galloglass warriors fighting on behalf of the Lord of the Isles and Clan MacDonald of Dunnyveg, the clansmen were granted lands in Antrim. Kinbane Castle was gifted to Owen MacEoin Dubh MacAlister by Sorley Boy MacDonnell.

There are nearly as many different spellings for this name as there are people who use it, and most Macalisters will find a variety of spellings in their family history. (It is not true that Mac- is Scottish and Mc- Irish; both spellings have always been used in both places.) Some Alexander families are connected to this clan, having adopted the English name when they settled in the Lowlands, but the name Alexander was common throughout Europe and most Alexander families are unrelated. A hybrid form, MacAlexander, seems to have disappeared.

Like other southwest Highland clans, Macalisters spread into Ireland early on. Some were established there by the 14th century, descendants of Highland mercenaries called gallòglaich; others followed the Macdonalds of Dunyvaig to Antrim after that clan lost its Scottish lands in the early 1600s. Like the Macdonalds, however, Macalisters as ‘uncivilised’ Gaels were not considered appropriate candidates for the Ulster Plantations and so they are not technically among those now called Ulster Scots (or Scotch-Irish). Before 1707, most Macalisters who went to the colonies did so as transportees. After 1707, however, the British Empire was opened to the Scots and many Macalisters took advantage of the opportunities offered by emigration – either as permanent settlers or as ‘sojourners’ seeking adventure or advancement before returning home. (Some West Indian Macalisters descend from sojourners who established temporary families with enslaved Africans there.) Macalisters were also among the early settlers in Australia, mostly willing emigrants rather than convicts. 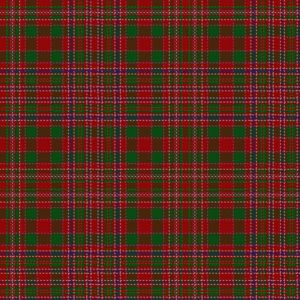