[send private message]
This page has been accessed 509 times.

Clan Chief: Armigerous
Crest: A demi-savage brandishing in his dexter a broad sword Proper and pointing with his sinister to an Imperial Crown or standing by him on the wreath

The focus of this team's work is to identify, improve and maintain profiles associated with the Lairds and Chiefs of Clan MacFarlane together with members bearing the name MacFarlane, the related families and those recognised as septs of Clan MacFarlane.

Information below this line should be summarized and incorporated into this team page. Detailed information should be moved to additional team pages.

The clan claims a descent from the old line of the Earls of Lennox. For some time there had been some controversy as to the descent of these earls, with both Gaelic and Anglo-Saxon origins given. Though today it is accepted that Clan MacFarlane is of Gaelic descent. The clan takes its name from a Malcolm MacFarlane, who lived in the fourteenth century. Clan MacFarlane took part in several conflicts including brutal fighting for Scottish Independence alongside Robert The Bruce. The clan was also noted for its daring night time cattle raiding of neighboring clan lands, (particularly those of Clan Colquhoun),and as such, it is said that the full moon became known throughout the highlands as "MacFarlane's Lantern".For many years Clan MacFarlane was one of the most respected and feared clans in the highlands until the clan was denounced by the English government. The ancestral lands of the clan were Arrochar, located at the head of Loch Long and further northwest of Loch Lomond. The lands of Arrochar were first granted to an ancestor of the clan in the thirteenth century, and were held by the chiefs until they were sold off for debts, in 1767. The last descendant of the chiefs, in the direct male line, died in 1886. Since the modern clan is without a chief it can be considered an Armigerous clan.[1] 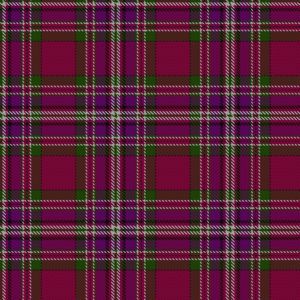