Date: 1200
Location: To cultivate and strengthen the true Celtic ties of Menzies families, the spirit of kin and clanship globally.

[send private message]
This page has been accessed 3,749 times.

Motto: Vil God I Zal - (With) Gods Will I Shall

Slogan/War Cry: Geal ‘us dearg a suas! The Red and White for ever!

Historic Seat: Castle Menzies is the historic seat of the chief of Clan Menzies, situated at Weem, near Aberfeldy in Scotland.

Gaelic name: Am Mèinnearach (The Menzies).

The focus of this team's work is to identify, improve and maintain profiles associated with the Lairds and Chiefs of Clan Menzies together with members bearing the name Menzies, the related families and those recognised as septs of Clan Menzies.

Robert de Meyners’s name is spelt in 25 different ways in the historical records (1231-1267) but the most frequent is Meyners. The yogh in the middle is pronounced like a y but now represented in the age of print by the letter z since, handwritten in lower case, it resembled the copperplate version. In Gaelic, which has neither a z nor a yogh, the name is also pronounced with a y sound. This has led to the name being spelt in many different forms and sometimes prefixed “Mac”

These families, however, neither have the structure of nor function like a Sept. But all who recognize the Chief are entitled to wear his badge as members of Clan Menzies.

The Septs which branched off from the main line had a mini clan like structure, but that barely survived into the 18th Century, although some descendants still live in the areas they occupied.

The Menzies of Pitfodels owned land around the lower Rivers Dee and Don and are extinct. Menzies of Enoch, and of neighbouring Durisdeer and Castlehill, in Dumfriesshire likewise, and Menzies of Coulterallers in Lanarkshire too. In Perthshire the Menzies of Shian, and of Garth and of Bolfracks did not recover from the effects of the Jacobite Rebellion whilst Comrie reverted to the Menzies of Weem and was sold.

The Menzies family is of Norman origin from Mesnieres near Rouen. Robert de Meyners is first recorded in Scotland in 1231 and by the 1240s owned land near the Tay, in return for military service. The Clan and the Lowland Septs fought on the Covenanting side in the 17th Century, the Aberdeenshire Pitfoddels who fought on the Royalist experienced exile and deprivation. In the 1715 and ‘45 Jacobite wars the same pattern emerged. The Chief avoided committing the Clan. The Perthshire Septs gentry were Jacobites, but force was often needed to muster unenthusiastic clansmen.

The Menzies family were the oldest family in Perthshire, holding by unbroken hereditary descent, until the death of Egidia Menzies in 1918. But by then the Clan lands had been sold by its creditors, and there was a gap until 1957, when Ronald Menzies of Culdares was recognised as nearest heir of Egidia, and as such the Chief. His son David has now succeeded him as Chief.

Branches within the Menzies of Weem included- 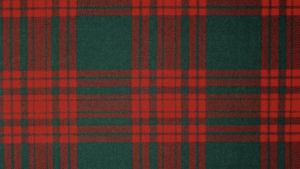 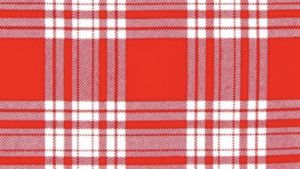 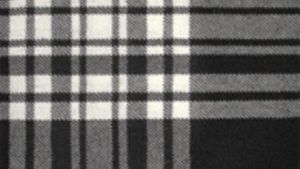 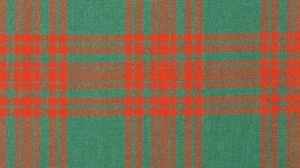 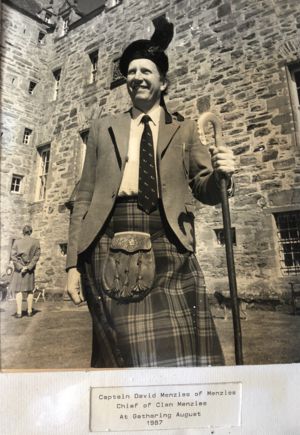 Billie (Bright) Keaffaber
I see that my Means Family is listed in Clan Menzies I like to join this project. I also like to find out how they connected to Clan as John Means is my 8th great grandfather.