[send private message]
This page has been accessed 1,186 times.

The focus of this team's work is to identify, improve and maintain profiles associated with the Lairds and Chiefs of Clan Sutherland together with members bearing the name Sutherland, the related families and those recognised as septs of Clan Sutherland.

Clan Sutherland is a Highland Scottish clan whose traditional territory is located in the region of Sutherland in the Northern Highlands of Scotland, and was one of the most powerful Scottish clans. The clan seat is Dunrobin Castle, Sutherland. The chief of the clan was also the powerful Earl of Sutherland, however in the early 16th century this title passed through marriage to a younger son of the chief of Clan Gordon.

The progenitor of Clan Sutherland was a Flemish nobleman named Freskin, who was also the progenitor of Clan Murray. It has been claimed that Freskin was Pictish, but it is much more likely that he was a Flemish knight, one of a ruthless group of warlords who were employed by the Norman kings to pacify their new realm after the Norman conquest of England. David I of Scotland, who was brought up in the English court, employed such men to keep hold of the wilder parts of his kingdom and granted Freskin lands in West Lothian.

The ancient Pictish kingdom of Moray was also given to Freskin, and this put an end to the remnants of that old royal house. In a series of astute political moves Freskin and his sons inter-married with the old house of Moray to consolidate their power. Freskin's descendants were designated by the surname de Moravia. Freskin's grandson was Hugh de Moravia, who was granted lands in Sutherland and was known as Lord de Sudrland. Hugh's younger brother, William, was progenitor of Clan Murray. Hugh's eldest son (also called William) was William de Moravia, 1st Earl of Sutherland.

The place name and clan name of "Sutherland" came from it being the 'land to the south' of the Norse Earldom of Orkney and Caithness. Although the senior line of chiefs who were the Earls of Sutherland had the surname 'de Moravia', they often used the territorial surname 'Sutherland'. The younger sons of the family also took the surname 'Sutherland', thus creating the cadet branches of Clan Sutherland.

History of the Clan

William de Moravia, 5th Earl of Sutherland (William Sutherland), whose first wife was Margaret, the daughter of Robert the Bruce and sister of David II of Scotland, led the clan at Kilblene where he participated in the siege of Cupar Castle Fife. William, Earl of Sutherland accompanied King David II of Scotland into England where both were captured at the Battle of Neville's Cross in 1346, by Durham. They remained in prison for over ten years before being released. John, the son of the Earl and Princess Margaret, was designated the heir to the Throne over Robert Stewart, who eventually became King Robert II in 1371.

The habitual enemies of Clan Sutherland were Clan Sinclair of Caithness and Clan Mackay and Clan McLeod to the west of Sutherland. A feud with the Mackays came to a head when Nicholas Sutherland of Duffus, head of one of the junior branches, murdered the chief of the Clan Mackay and his heir at Dingwall Castle, where they had met in an attempt to patch up the feud. A retaliatory raid by the Mackays on Dornoch took place, where the cathedral was set on fire and many Sutherland men were hanged in the town square.

William, 5th Earl of Sutherland was killed by the Mackays in 1370 in feud which lasted for the next four centuries. In 1388 the Earl of Sutherland was a leader of the Scots invading into the west of England. He married Margaret Stewart, daughter of Alexander, Earl of Buchan, a younger son of King Robert II of Scotland.

The Battle of Drumnacoub was fought in 1431. Angus Du Mackay, chief of Clan Mackay defeated Angus Murray and the Sutherlanders on the slopes of the mountain Ben Loyal near Tongue.

The Battle of Skibo and Strathfleet was fought in 1480. John MacDonald of Islay, Earl of Ross, invaded Sutherland and was defeated by Clan Sutherland and the Murrays of Aberscross.

According to 17th-century historian Sir Robert Gordon, Clan Sutherland joined Clan Mackay in their victory over the Clan Ross at the Battle of Aldy Charrish in 1487. However 19th - 20th-century historian Angus Mackay disputes the Sutherland's presence at the battle, stating that it would be unlikely the Earl of Sutherland at the time would have assisted against the Rosses as he was married to a daughter of the Ross chief of Balnagowan, and also that the feudal superiority of the Sutherlands over the Mackays "nowhere existed save in his own fertile imagination".

William Sutherland, 4th Laird of Duffus was killed fighting against the English at the Battle of Flodden in 1513.

In 1517, Elizabeth de Moravia, 10th Countess of Sutherland (Elizabeth Sutherland), married Adam Gordon, younger son of Gordon of Huntly. Their son was Alexander Gordon, Master of Sutherland, who would become the legal heir to the Earldom of Sutherland and overall chieftainship of the Clan Sutherland.

The Battle of Alltan-Beath took place in 1542, Donald Mackay of Strathnaver decided to invade Clan Sutherland. He burned the village of Knockarthur and looted Strathbrora. Clan Sutherland, led by Hutcheon Murray of Abirscors with Gilbert Gordon of Garty, attacked the Mackays at a place called Ailtan-Beath and much of the stolen booty was recovered. Donald Mackay was captured and imprisoned in Foulis Castle, Ross-shire, by commandment of the Queen Regent.

In 1545, at Dingwall, the Earl of Sutherland entered into a bond of man-rent with John Mackenzie of Kintail for mutual defense against all enemies, reserving only their allegiance to the youthful Mary, Queen of Scots.

In 1547, John Gordon, 11th Earl of Sutherland, led the clan against the English army at the Battle of Pinkie Cleugh.

In 1555, the Battle of Garbharry was fought, which was the last battle between =Clan Mackay and Clan Sutherland. In 1586, the Battle of Leckmelm took place, where the Sutherlands, Mackays and MacLeods defeated Clan Gunn.

In 1588, Castle Sinclair Girnigoe withstood a siege by the Earl of Sutherland and, in 1590, George Sinclair, 5th Earl of Caithness, invaded Sutherland, resulting in the Battle of Clynetradwell.

In the 17th century, Clan Sutherland began to acquire a reputation for enthusiastic and pious Protestantism. This is probably what made the Gordon Earls of Sutherland begin to distance themselves from their Gordon Earl of Huntly (Clan Gordon) cousins who were Catholics and later Jacobites. In 1645, John Gordon, 14th Earl of Sutherland, led the clan against the royalists at the Battle of Auldearn but was defeated.

In 1650, Clan Sutherland, along with Clan Munro and Clan Ross, joined forces with the Scottish Argyll Government to fight against James Graham, 1st Marquess of Montrose, and his royalist army of foreigners, who they defeated at the Battle of Carbisdale.

In 1685, John Gordon, 16th Earl of Sutherland, raised men of the Clan Sutherland to oppose Archibald Campbell, 9th Earl of Argyll's expedition. The Earl of Sutherland also raised two regiments from the clan after the Glorious Revolution of 1688, the second of which he was a Colonel in Flanders in 1694.

During the Jacobite rising of 1715, John Gordon, 16th Earl of Sutherland, who later resumed the surname Sutherland, called out his men to fight for George I of Great Britain. Clan Sutherland garrisoned Inverness Castle against the Jacobites.

Clan Sutherland also supported the British government during the Jacobite rising of 1745. At the start of the rising, William, 17th Earl of Sutherland and chief of Clan Sutherland, reconciled with their ancient enemies, the Mackays, settling the ancient feud.

In 1745, the fighting force of Clan Sutherland was given as 2,000 men. During the rising, Jacobites under George Mackenzie, 3rd Earl of Cromartie, occupied the Sutherland's Dunrobin Castle, and the Earl of Sutherland narrowly escaped them through a back door. He then sailed for Aberdeen where he joined the Duke of Cumberland's army.

However this same Jacobite force, under the Earl of Cromartie was defeated by the Clan Sutherland militia, who formed an Independent Highland Company, in what became known as the Battle of Littleferry. Despite all these efforts by the Earl of Sutherland to defeat the Jacobites, including his victory at Littleferry, he struggled to prove to the parliament in London that he had not had Jacobite sympathies.

The case was heard by the House of Lords on 21 March 1771 and decided in favour of Elizabeth. She married George Leveson-Gower, Earl Gower, afterwards Marquess of Stafford, who later became the first Duke of Sutherland in 1833. The Duke set up businesses on the coast and ruthlessly cleared his tenants off the land, abandoning the customary obligations of a Scottish clan chief (The Highland Clearances). 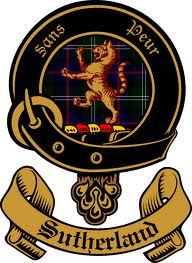 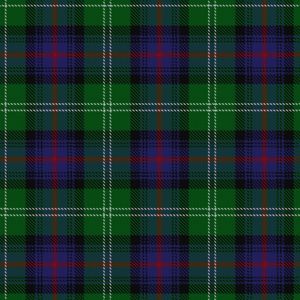 Leave a message for others who see this profile.
There are no comments yet.
Login to post a comment.
Velma Southerland
Love the idea behind the teamwork! The site is looking good. A couple of requests -- may I please be put on the trusted list to see full-size photos and otherwise "poke around" the site?

And the other is really a suggestion/request/observation. I really like that you are listing the various branches of the clan. I've discovered that I can look around and find profiles for the various branches. However, if links can be embedded on this page, I think it would be neat to link to two or three profiles for each branch of the family, concentrating on those who have GedMatch numbers associated with their descendants. Since Mark Sutherland-Fisher has just informed the members of the Facebook group about the clustering of family groups by DNA, it would be a great tie-in with the two groups.

Thanks for all your work on this.