[send private message]
This page has been accessed 415 times.

Colonel Daniel Edwards (29 Jan 1787 - 5 July 1877) owned this old clock. He fought in the War of 1812. His sons were about the age of John Mousley (Jack) Yates, who was close with the family and had often visited them to be social and also to help the Colonel set his old clock. About a week after the Colonel died, Jack went to the house to give his condolences to the sons. The sons said "We want you to have something to remember the Colonel by. Since you were always working on the clock, you should have it." Jack was so afraid that they would change their mind that he packed up the clock right then and there and carried it home on horseback.

-- As told by Margie Anne Jenkins to Crispin Reedy

The clock is an eight-day clock. The style is known as a triple decker shelf clock. It was made by the firm C & LC Ives (Bristol, Connecticut). The firm C & LC Ives was a partnership between Chauncey Ives and his nephew Lawson Ives. They were a part of the Ives clockmaking family. Their history dates back to the American Revolution. Chauncey was one of the famous six Ives brothers, all of whom were clockmakers. The mechanism of the eight-day clock was actually created and patented by their brother Joseph, although he was not a part of the C & LC Ives firm. The company was founded in 1830, but the depression of 1837 drastically affected the operation of the firm. Chauncey Ives stopped clockmaking in 1838, and his nephew took over, changing the name to Lawson C. Ives & Co. [1]

So, Colonel Edwards' clock was most likely made sometime between 1830-1838. 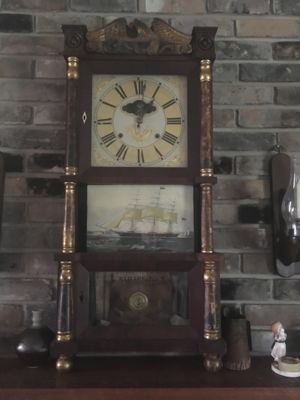 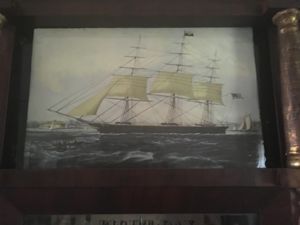 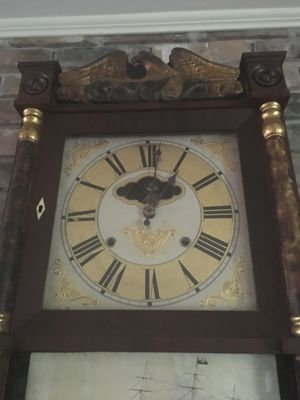 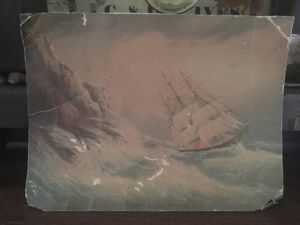 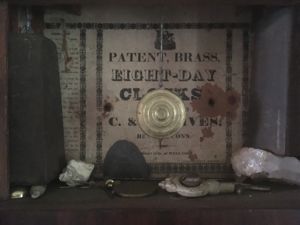