Connecticut in The Great War

[send private message]
This page has been accessed 1,100 times.

Connecticut in The Great War

The 102 Infantry left for France on September 7, 1917. Company A took part in many campaigns, among them Il De France, Champange-Mare, Aisene-Marne, Oise_Marnne, St. Michiel, Muse Argone, and Lorraine.

At the Battle of Seicheprey, the 102nd Infantry met the crack German Guards in overwhelming strength and stopped the German attack cold. At the start of this attack, the Germans sent a raiding party to kill or capture the Regimental Staff as they sat down for supper in the town, two cooks from Company A who were cooking for the staff, spotted the Germans sneaking up to the building, one cook threw boiling water at the raiders thus giving the alarm, and another cook named Edward Shaffer charged the Germans with his meat cleaver killing two of them. The 102nd Infantry Band who was providing security guard, killed or captured the remaining German raiders saving the staff who could coordinate the counter attack, (A painting of this action hangs in the102nd Infantry Museum in the New Haven Armory.) During the counter attack Company A and Headquarters Company 1st Battalion 102nd Infantry were decorated by the French Government for this action.

Known as the "Flying Yankees", the 103d Airlift Wing is the third-oldest Air National Guard unit in the United States 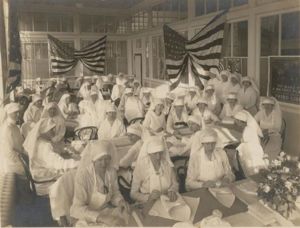 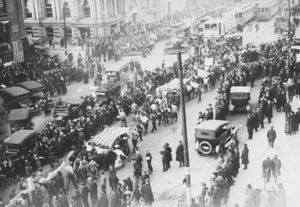 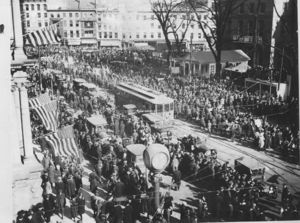 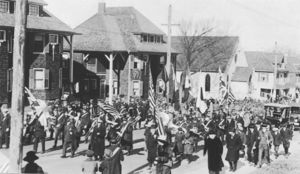