[send private message]
This page has been accessed 1,502 times.

The Cottesloe RSL and the index of the 998 soldiers and two nurses of WWI.
Pioneers Index bdm.dotag

The headquarters of No. 29 Troop (Ocean Beach) was the scene of a very interesting ceremony on Friday evening, the 8th inst, the occasion being the unveiling of an Honor Board, containing the names of 30 members of the troop, who have enlisted in the service of the Empire.
The honor board is an excellent piece of work, and has at the head the Boy Scout badge and motto, and on either side the Union Jack and Australian flags.


The following are the names inscribed on the board:

- - Of the above, seven hold commissions and 12 are non-coms.

The Western Australian branch of the Royal Life Saving Society held their annual public display at the Barrack-street jetty on Saturday afternoon. The event created much public interest, and there was a large gathering of spectators on the river frontage.
Lieut.-Col. Campbell (president of the branch) delivered a brief address in which he outlined the objects of the Society and referred to the work carried out in this State.
He pointed out the valuable instruction which was being given to the children of the community, stating that about 2,000 young persons had passed through the hands of the instructors, of the Society, including many from the orphanages.
The afternoon's display was under the direction of Sergeant Smith, the chief instructor, who referred to the work carried out by individual members of the Society during the year. He made particular mention of several plucky rescues, particulars of which were given in Saturday's issue.

The events of the day, which were watched with interest, included an exhibition of different methods of life saving, fancy diving, a rescue exhibition by a police team fully dressed, object diving, high diving, life-line exhibition by the Ocean Beach Boy Scouts. fancy costume display, and a water polo match.

During the afternoon the awards granted by the Society for the current season were distributed by His Excellency, the Governor. (Sir Gerald Strickland KCMG)
The list is as follows:,

The King's Cup, which was won in England by E. G. Finlay last year, was on exhibition on the wharf, and Sergeant Smith. in the course of his remarks, made special reference to Finlay's success, and expressed the hope that the State's representatives would long retain the trophy. 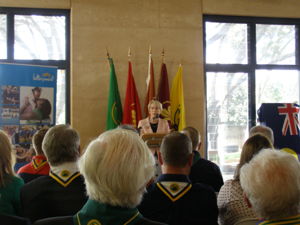 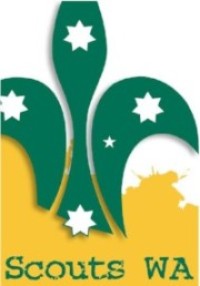 The new hall was opened exactly 61 years to the day after the previous Scout hall was opened. The new facility was funded by a Lotterywest grant and will be used for a variety of community activities.