[send private message]
This page has been accessed 203 times.
Click here to return to Arkansas the Natural State for further Arkansas navigation

Welcome to the Dallas County, Arkansas!

Mollie Burdett Banks Curry Gray (1862-1958), a native of Tulip in Dallas County, was a great-great-grand-niece of George Washington. When she died in 1958 in Shreveport, Louisiana, she was listed as the oldest descendant of President Washington. Mollie's first husband, Robert Houston Curry, was from 1888 to 1892 a member of the Louisiana House of Representatives from Bossier Parish. He was wounded in the Second Battle of Manassas of the American Civil War.

In 1863, famed African-American attorney Scipio Africanus Jones was born to a slave mother at a plantation near Tulip.

College football coach Paul “Bear” Bryant lived with his grandfather in Fordyce when he was young. 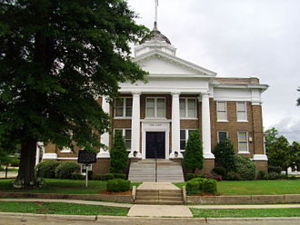 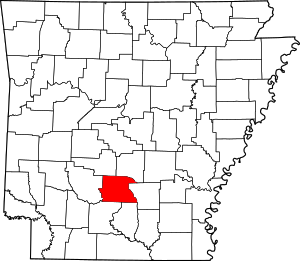