[send private message]
This page has been accessed 412 times.

Deanmill is an old timber town a few kilometers west of Manjimup in the south west region of Western Australia. It was established in 1914.

The town is one of the few surviving old timber mill towns. Deanmill was heavily involved in the production of timber railway sleepers for the Trans-Australia Railway.

Deanmill was named after Alfred Dean, the first long term manager of the mill (and superintendent of mills), but was known as "Timber Mill Number 1" because it was one of three state government owned timber mills. As more people began working in the mill a township formed surrounding it.

...It was reported that the recommendation of the committee that No. 1 State Sawmill, near Manjimup, should be named Deanmill, had been adopted by the Lands Department. The name was given in honour of Mr. Alfred Dean, who was the first manager of the mill and who served the sawmills at that and in connection with other mills from 1914 to 1931, when he retired. He is now residing at Cottesloe.

The current purpose of this page is to add the complete list to https://www.wikitree.com/wiki/Space:No._1._State_Saw_Mill_-_Rate_Book_1937-1938 and then add profiles for each of the people in the list. 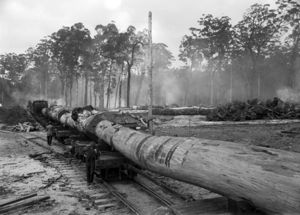 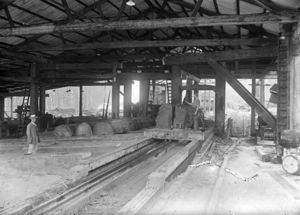