[send private message]
This page has been accessed 1,217 times.

1840's White settlers from the eastern states arrived and settled.[2]
1867 Eastman, Georgia began as a railway depot and station, then the settlement originally named Levison, soon becoming Dodge county's county seat. By Dec. 1869, the town was renamed to Eastman, Georgia. It received its name from a founder who donated the site for the city and even paid for the courthouse. [4][5]

1867 the Macon & Brunswick Railroad arrived in the county. As discovered with all counties, the railroad stimulated railway stops which later grew into communities and eventually towns. Fifty miles of track had been completed from Macon, Georgia to Hawkinsville, Georgia to be taken to the coast by 1870.

Eventually the Citizens of Wilkinson county objected about the size of the county and location of the county Courthouse. They petitioned for another county to be created with the county seat to be located where Hawkinsville. So the legislature acted similar to creating a quilt.. They took a large chunk of Laurens County and smaller sections from Pulaski, Montgomery and Telfair counties to "piece" together to be Dodge County. [1]

Oct 26, 1870 Dodge County was organized. The Georgia legislature was Republican -dominated at this time during the Reconstruction Era. They named it for Republican William E Dodge. The County Courthouse was built and was used until 1908 when a newer courthouse was built on the same land.[1]

Rathalla, or the Joseph Sinnott Mansion was constructed about 1890 for Joseph F Sinnott who made his fortune in distilling. This was his summer home.Sinnett Mansion

1867 Eastman, Georgia began as just a railway stop on the Macon & Brunswick Railroad, then lat has a current population of 4,962 citizens, and is county seat and largest city in Dodge county, Georgia. The city has Artesian wells for water, which is piped in water mains on the streets similar to that of large cities provide the water. The city has its own fire department. Exports are 10,000 bales of cotton, 5,000 car loads of lumber, potatoes, peas, peanuts, cane syrup, cattle, wool, chickens, and truck farm vegetables.[5][4]

1868s the Georgia Land and Lumber Company bought over 300,000 acres of land rich in longleaf pine for a low cost (<$.10/acre) .The company began to harvest the timber in the county. This evicted some local farmers. The company in collusion with the U.S. Government were involved in court cases, imprisonments, assassinations which earned many enemies. This included someone who murdered John C Forsyth the company agent.[2]

1868-69 Ira Roe Foster, Quartermaster General of Georgia, began operating a sawmill in Dodge County. He built a house in Eastman and was one of many contributing to the timber and sawmill boom. [5]

1869 the Macon and Brunswick Railroad extended its lines to Dodge County. The railway president named one of its station stops Eastman and later it became a town, then County Seat of the county. The station stop was named in honor of William Pitt Eastman, a northeastern industrialists with Georgia lands. [2]
1870 is in the heart of central Georgia's wiregrass region. The state legislature established Dodge County from parts of Montgomery, Pulaski, and Telfair counties. [2]

William Pitt Eastman arrived to see this new railway stop and saw potential for a town. He bought land on both sides of the rail line in order to plan the town of Eastman. [2]

1870, the Dodge Guest House is Dodge County's oldest residence. The house is 10 miles southeast of Eastman, built by William Dodge for the executives to stay of the company he owned, Georgia Land and Lumber Company to stay overnight when visiting. Next door was a house of Captain John C Forsyth, the company agent who was murdered in 1890 by conspirators (enemies) of the Dodges.[2]

William Dodge owned one of the largest mining and metals companies and owner of a vast amount of timberland, (300,000 acres of longleaf pine in Georgia during the nineteenth century. In 1870 Dodge funded the construction of a courthouse in Dodge County, which was named in his honor..[2]
Then William Pitt Eastman met William Dodge, who was president of the Georgia Land and Lumber Company. He extended an invitation to William Dodge to provide funding for the new 1871 Courthouse, which Dodge did provide the money. There are 3 incorporated towns: Chauncey, Chester, and Rhine.[2]

1872 Ira R Foster was the first mayor after Eastman was incorporated. During the sawmill boom, there was one mill located every 2 miles on the industrial area, i.e. the Macon & Brunswick Railroad. Timber had been transported downstream on river rafts. However these sawmills on this industrial corridor could ship timber via railroad. Ira Foster shipped his lumber to Brunswick where it was loaded onto ships and transported to Liverpool, Havana, even Rio de Janeiro. [6] states: "Ira R. Foster shipped lumber to Brunswick, where it was loaded onto timber schooners

1871 - Dodge County was created from parts of Telfair, Pulaski and Montgomery counties. It was named in honor of William E Dodge from New York who made liberal investments in the area. [4]

Counties nearby with plenty of rivers and creeks:

Pulaski--north northwest
Laurens -- the northeast
Montgomery and Telfair-- southeast and south
Wilcox and Pulaski on the southwest and west
Ocmulgee river runs along western and southwestern border. Little Ocmulgee, a tributary of the Ocmulgee, runs through the county and Cypress, Crooked, Sugar and Turnpike creeks.[4]

1872 and 1875, parts of Dodge County were shifted back into Telfair County. Dodge County was named for William Earle Dodge of New York, co-founder of one of the world's largest mining and metals companies, and owner of significant timberlands in central Georgia.[2]

Just outside of Eastman is a large saw and lumber mill, and ten miles below it is another, which contribute $50,000 capital to the economy of Dodge County.[4]

1900 Dodge County, Georgia can be found in the central part of Georgia. It had a population of 21,786, with a substantial percentage being African America.. This county and all Georgia is in the historic south and the Black Belt region of Georgia, grows cotton. Its buildings and plantations show the cultural emphasis of the South.[1]

1900's timber and sawmill were the main industries of this era and locale. During the Great Depression, the first Stuckey's convenience store on many highways was first seen here in Eastman, Georgia.[5]

1882 A hanging occurred in this small city of Eastman, county seat of Dodge County 4 men and one woman were legally executed. This is considered the largest to have occurred int he United States. Cause: EASTMAN RIOT, a bloody chapter in history.[4]

August 6, 1882 a large African American meeting began in Eastman when the town was a village. Special excursion trains brought in 3,000 African Americans including Jim Harwood, age 18 of Cochran.. Eastman had drugstores which sold whiskey, but called themselves drug stores. At this time an African man stole a watch, and was arrested, and was in the process of being put in the "calaboose" (jail). This man attacked the officers, freed himself and ran. The officer fired at him to frighten him, but the gunshot hit him in the back and he died. The drinking African Americans became a a drunken mob.[4]

Young Jim Harwood, 18, ran to a house and hid under the bed. But the African Americans stormed the house, broke in, and beat the youth with clubs, pistols. even fence pickets , then shot him. Another African man tried to save the young man, but was beaten viciously. An African American woman tried to cut his throat. The mob finally began to worry about their safety and used pistols to force the trainmen to start the trains for escape.[4]

An hour later 50 armed farmers came to town, and searched out the rioters. Even three sick people died from the shock when they heard about the riot. Many of the mob were arrested in neighboring towns when they boasted about their actions. The trial of the 5 of the 22 men began. The sentence was hanging.. The Five of the 22 were hanged in the courthouse yard. The remaining 17 were sentenced to the Georgia penitentiary.[4]

Georgia's wiregrass country was named for its tall native grass, known as (Arista stricta) which seemed to accompany the longleaf pine forests. This is located in south central Georgia as well as SE Alabama, and the top part of the Florida panhandle. Wiregrass and longleaf pine forests, the wire grass is within a certain fire ecosystem.. This type of grass has a high amount of low intensity fires, which are a natural process to clear the excess vegetation. the citizens here feel these low intensity fires help their life style.

Without these frequent fires, the wire grass would be a cover for wildlife, where quail could nest or rattlesnakes hide in the grass. Some of the folk cultures are peanut festivals, quilting, yard decorations, rattlesnake roundups, music and dance, and funerals.[9]

Wire grass regions in Georgia's southernmost section, encompassed the area of 23 counties from Savannah to the Chattahoochee River. Deforestation and clearing for cotton growth has decreased the incidence. The wire grass depends on sandy soil, and the wetlands of the from the creeks, rivers, and swamps. [10]

1923 some of the landowners regained their land, which was almost bare of the thick forests. By then landowners used chemical fertilizers and had switched to cotton farming. When the Depression occurred, the farmers lost their land again. The county's failing economy also was hit with boll weevils.. Farmers finally diversified their crops and began growing watermelon, peanuts, pecans, and livestock.. A few small sawmills remain, as well as turpentine which produced income..[2]

Mid 1930's Williamson Stuckey was a local pecan farmer in Eastman, began selling his wife's pecan candies in the mid-1930s, building a large and well-known national business by the 1960s. Stuckey's business represented the beginning of the county's economic shift away from farming..[2] [2]

The rivers were important for trade, carrying cotton and timber downriver to markets
Dodge County lies in the Historic South and Black Belt region of Georgia, an area that was devoted to cotton production
Region - wire grass

There are 45 schools for white students with 1,306 students
African American Schools - 26 with attendance of 932 students 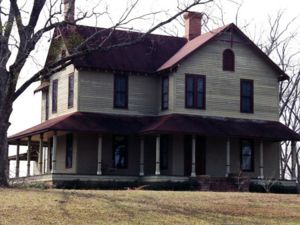 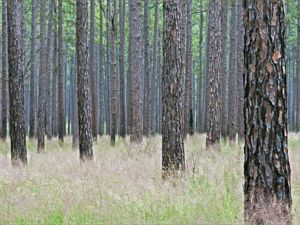 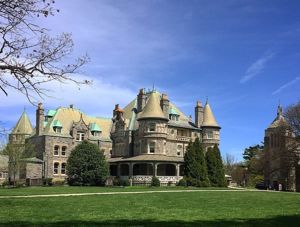 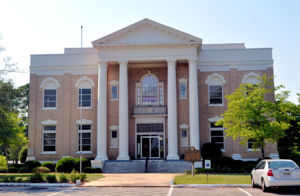 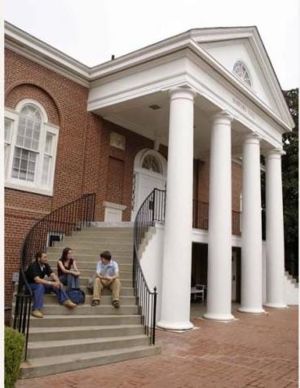