[send private message]
This page has been accessed 1,034 times.

I feel it necessary to give some background information for this tale. The summer of 2007, my daughter, Joni, and I embarked upon a very ambitious genealogy trip. We first flew to Virginia, then drove to West Virginia, and a couple of days later, drove to Ohio.

We hoped, on the very first leg of our trip to Richmond, Virginia, to visit the old Linden Plantation in Prince Edward County Virginia. This had been the home of the Dupuy family from the early to late 1800s. Additionally, it was the final resting place of one of our favorite family heroines, Edna Augusta Campbell Whitteker, the wife of William F. Whitteker, the brother of my great great grandfather, Norris Stanley Whitteker.

Edna had gained our reverence through her great spirit. She had married William on 04 Jun 1835 in Keene, New Hampshire; and settled with him in Charleston, Kanawha County, Virginia. They had one child who had died as an infant; and she conceived no more, until just before William was snatched from this life in a horrible accident. He was killed on 09 Jan 1848 in the explosion of the steamboat "Blue Ridge". Little more than four months later, on 28 May 1848, a daughter was born. Edna named her "Willianna" after William and her best friend and sister-in-law, Anna Howe Whitteker. Anna had been married to William's brother, Rev. Henry B. Whitteker, who also had left this life too early, on 15 Sep 1844, of a fever, at the age of 29.

Edna discovered that she, too, was to soon die of tuberculosis. After writing to Anna, who now was living with her sister, Emily Howe Dupuy, also a widow, on the Linden Plantation, asking Anna to take Willianna and raise her as her own, Edna set out on the journey across the mountains to Linden with little Willianna in tow. She died there on 29 Aug 1854; and, was buried in the family cemetery at Linden.

I had connected with some elderly descendants of Emily Howe and Asa Dupuy; and, their daughter-in-law assured me that we would be able to visit the greathouse of the plantation should we come to Virginia. However, when we met the elderly couple, it turned out that they had visited the plantation more than 30 years previously and could not remember how to get there. We were very disappointed; but, decided to hope for better results during the remainder of our trip. After, we returned home, I never forgot about finding the location of Linden, in hopes that one day I would be able to return and obtain, not only the names of those buried there, but a photo of Edna's tombstone.

Four years later, now 2011, I was contacted by someone else interested in Edna Campbell Whitteker. He turned out to be my "Angel" of the old Linden Plantation Cemetery. I told him my story and shared as much information as I had about Edna. He then informed me that he lived about 5 miles from Linden and had visited the cemetery there. The man who now owned the property had told him that he could return any time he wanted to. This is when Col. Bev C. Davis, my angel, told me that he would go back to the cemetery, take photos which he would send to me, and include a listing of all those buried there.

2 graves marked only by field stones no further information

base with missing tombstone no further information 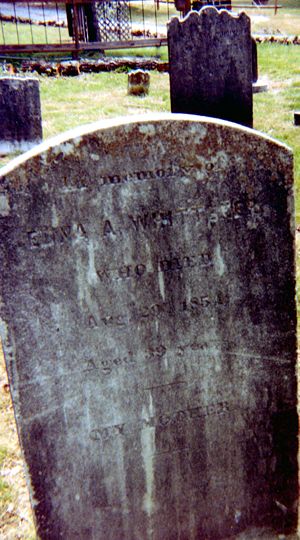 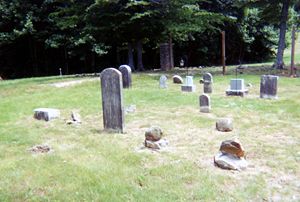 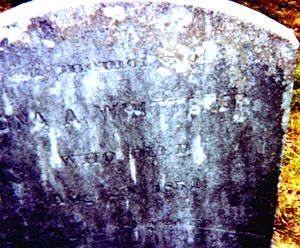 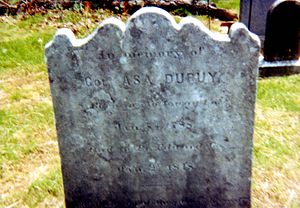 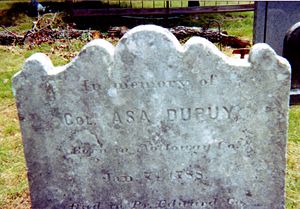