[send private message]
Last profile change on 16 Jul 2022
02:56: S X posted a comment on the page for Eastern Sangamon County Townships One Place Study [Thank S for this]
This page has been accessed 1,688 times.

The purpose of this study is to capture the people and the events of these eastern townships of Sangamon County, Illinois. These are rural townships that all begin with the passage of the 1881 Township Organization Law. The first land owners arrived before that date. We will attempt to trace their arrival and expand that to all whom we discover who came to the area and trace to current time. This project is in conjunction with the newly formed [named soon] Historical Society (March 2015).

The General Assembly enacted a law and signed by the Governor 10 Feb 1849 providing for township organization, but left it optional for counties to adopt. Sangamon County did not take any action. Again 17 Feb 1851 another law was approved providing for township organization via an election. On the first Tuesday in November (6 Nov 1860) an election on township organization in Sangamon County and it won by 859 votes out of a total of 7,241. A commission was formed of John S Bradford, John Gardner, Sr and Joseph Campbell that was tasked with dividing Sangamon County into towns or townships. On 1 Mar 1861 their report was submitted and the townships of Buffalo Heart (sic), Cooper, Illiopolis, Mechanicsburg among others were named.[1]

An election was held on 2 April 1861, the first Tuesday in April, to choose supervisors. The first meeting of the Board of Supervisors was held 29 Apr 1861. Post Offices in Sangamon County were named at Buffalo, Buffalo Heart (sic), Dawson, Illiopolis, Mechanicsburg among others.[2]

Early settlers may have heeded the call of then Gov. Edwards called of 4 Companies to be formed of Infantry and 1 of Cavalry to be created from Sangamon County. The leaders of the companies were Captains Thomas Constant, Reuben Brown, Archilles Morris, and Bolin Green all under Col. tom M Neal and James D Henry as adjutant (later a sheriff of Sangamon county). They left Sangamon County for Peoria and then to Galena but before they arrived in Indian Country the war ended.[3]

On 27 May 1831, then Governor John Reynolds, called for volunteers to dispel the Black Hawk Indians. The Black Hawk Indians took to destroying grain, tearing down fences and other annoyances to the settlers. Governor Reynolds call for assembly of 700 volunteers to assemble in Beardstown on 10 June 1831. More than twice the number showed up. The 1600 men who appeared were organized into 2 regiments, 1 for Spying and 1 battalion. James D Henry took command of the Spy regiment. James Campbell, Adam Smith and Jonathan R. Saunders each commanded a company. We did not lose anyone in this volunteer army.[4]

Of course not all the Indian leaders were pleased and once again 22 Apr 1832 volunteers heeded the call and went to Beardstown. 1800 men came, among them were tree regularly organized companies from Sangamon County led by Thomas Moffitt, Jesse Claywell, of which Rezin H. Constant became Captain, and the 4th by our future President Abraham Lincoln.

The early settlers had to face the worst winter on record between Christmas 1830 and January 1831. Three feet of snow fell in the area, then came rain that froze as it fell creating a thick crust. The wind was relentless from the NW and for more that 2 weeks the temperature did not raise higher than 12 degrees below zero. The stories told from this time are one of extreme hardship. Any attempt to clear a road with Oxen was defeated by drifting. Corn was left in the field (yes, this late in the year), and little was harvested for winter grain for livestock. Many died. The snow was terribly harmful to the local wildlife. Deer and turkey were almost eliminated and have not rebounded to this day.

No thermometers were around on 20 Dec 1836 when with several inches of snow present rain began falling and turned the snow to mush. It was reported that the day went from tolerable to freezing in minutes. Mr. Washington Crowder said he saw a very dark cloud, a little north of west and it was approaching rapidly, accompanied by a terrific, deep, bellowing sound. The water and slush became frozen within 15 minutes he reported. It was reported that in all parts of the area chickens, geese, hogs and cows, were frozen in the slush where they stood. 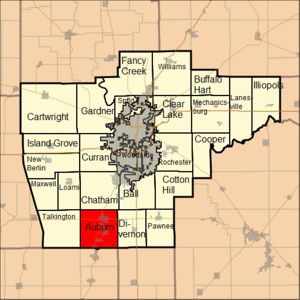 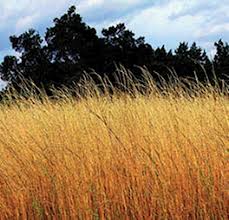 Leave a message for others who see this profile.
There are no comments yet.
Login to post a comment.
S X
I adopted some profiles that mentioned "One Place Study Registraion http://us.oneplacestudy.org/il_easternsangamon.html" and the link is broken. I'm removing the broken link from the profiles but wanted you to know that oneplacestudy.org has website URL http://www.oneplacestudy.org/rdb8 configured to redirect to this Space page on WikiTree for the following locations: Buffalo Hart, Cooper, Eastern Sangamon, Illiopolis, Lanesville, and Mechanicsburg. Not sure who owns that entry in oneplacestudy.org.
posted Jul 16, 2022 by S X
edited Jul 16, 2022 by S X