[send private message]
This page has been accessed 4,926 times.

Profile for Edmonson County, Kentucky, including General Information and Resources for Genealogical Research.

The coordinator for this project is:
Bill Vincent
This county has more natural wonders than any other in the State, the most famous of which is Mammoth Cave.[1]

The Edmonson County Public Library is a small, local library and a good resource for family history in the area. The library occasionally sells books written by local historians.

Large recreational area that lies mostly within northern Edmonson County. It was created in 1963 by the U.S. Army Corps of Engineers by damming the Nolin River[12]
Derives its name from Explorer and hunter Benjamin Lynn[13][14]

Beautiful, winding river that passes through the northern section of Brownsville and Mammoth Cave National Park, feeding a deep underground river within the cave itself. Around 1961, the KY Corps of Engineers told Ernest Lane that in places it was the deepest river in the world, relative to its width.[15]

Marker Number: 802
Location: Brownsville, KY 70, 101
Established 1828 and named for Jacob Brown, Commanding General of the United States army, 1821 until death, 1828, age 53 years. Defended New York state frontier against British in War of 1812, engaging them at Ogdensburg, Sackett's Harbor, Chippewa, Ft. Erie and Niagara. Gen. Brown was not a technical soldier; he was a natural leader of men.

Early Settlers of the Forks

Marker Number: 2415
Location: Kyrock Elementary School, Hwy 259 N., Sweeden
Bituminous sandstone, better known as rock asphalt, composed of silica sand that is saturated with oil. Chief deposits in Ky. were found in Edmonson Co. along the Nolin River. Primarily used in road construction, it could be applied without heating and mixing. Ky. Rock Asphalt Co. (KYROCK) was the world’s largest producer of natural rock asphalt from 1920 until it closed in 1957.
(Reverse) Henry “Harry” St. George Carmichael was the first president of KYROCK from 1921 until his death in 1949. The company town of Kyrock included hotels, church, hospital, theater, post office, commissary, railroad, electric & water systems, and school on this site. More than 2000 people depended on KYROCK for their livelihood during WWI and II and the Great Depression.

(Revised 1907 by M. M. Logan and Miss Ora E. Hazelip.)
Edmonson county was formed in the year 1825 from parts of Warren, Grayson and Hart, and was the seventy-ninth county in the order of formation. It was named for Capt. John Edmonds, who was killed in the battle of the River Raisin in 1813. It is bounded by Grayson on the north, by Hart on the east, by Warren on the south and by Butler on the west, and contains 275 square miles.
There is hardly a county in the State that has greater water facilities. Green river flows through the county from east to west and divides the county into equal parts. Both Nolin river and Bear creek flow into Green river from the north and each of them is navigable for several miles. There are a number of large creeks that flow into Green River which are used for the purpose of floating out timber.
The surface of the county is generally broken and hilly, the most valuable farming land being found in the river and creek bottoms. The southern part of the county next to Warren is level as well as the western part of the county joining Grayson and Butler.
The chief source of wealth of the county has been the great quantity of valuable timber which consists of poplar, oak, chestnut, hickory, ash, walnut, sycamore, gum and beech. Owing to this timber's proximity to navigable water it is very valuable, but by far the greater quantity of it has long since been worked into ties and saw logs. It appears that the most valuable timber is all gone, but the timber that had practically no value a few years ago is now worth more than what was considered the valuable timber. There is yet a vast quantity of land covered with timber, chiefly red oak, beech, gum, elm and sycamore. Numerous companies dealing in ties and lumber operate in this county and at all times there can be found any number of their agents. By reason of the extensive business of these companies, the money supply has been abundant for a number of years. The laborer who works in timber earns from $1.50 to $2.50 per day. There is now an unusual demand for men to work in timber. Large boundaries of timber are waiting to be made into ties or cut into saw logs.
By reason of the construction of Lock and Dam No. 6 on Green River, navigation has been extended to Mammoth Cave and also up Nolin to Dismal Rock, a distance of about twelve miles. Boats run regularly from Mammoth Cave to Bowling Green and lower Green River, thus furnishing an ideal method of transportation if it were not for the fact that the freight rates are out of all reason.
Capitalists are beginning to turn thier attention towards the mineral resources of this county. Almost the whole of the north side of the county is underlaid with coal and asphalt, and iron is found in abundance. Coal beds have not been developed to any considerable extent, but there is no question about there being coal in almost inexhaustable quantities. Capitalists are gradually buying the coal lands. It would be difficult to find more extensive fields of asphalt than are to be found in Edmonson County, between Nolin river and Bear creek and in the forks of Nolin and Green rivers. Between the two last mentioned rivers is -to be found asphalt in liquid form. What are commonly called "tar springs" can be found in various places. At these places the asphalt runs out from the ground and flows for considerable distance, and apparently it is doing an extensive business. There is one plant in Edmonson county operating an asphalt mine.
Farming lands in the county are worth from $5.00 to $50.00 per acre; while mineral lands sell from $3.00 per acre up. There has been a great advance of lands of all kinds within the last few years.
This is not a farming county, but corn is raised in several parts and especially in the rich river bottoms. Farmers have begun to grow wheat and a little tobacco is still grown.
The roads are deplorable. The old fashioned dirt road system is in vogue and the roads have not been worked in fifty years. The people of the county are beginning to talk about better roads and it is very probable that within a short time our county will have a system of roads equal to that of any county in this section of the State.
Brownsville is the county seat and was laid off and established in 1825 by Joseph R. Underwood and Stephen T. Logan. Prior to that time the village had been called Mt. Pleasant. At the present time there are about 500 or 600 inhabitants in the town and it is growing rapidly. It is located on the south bank of Green river and is about the center of the county.
This county has more natural wonders than any other in the State, the most famous of which is Mammoth Cave. The Colossal Cavern, Grand Avenue Cave and Canter's Cave are attracting wide attention. The scenery on Green and Nolin rivers is unexcelled and especially is this true of Nolin. The mouthiof Balloo Creek on Nolin river is worth traveling hundreds'of miles to see and Dismal Rock, Whistling Mountain and the Bluffs of Second creek are other natural wonders on the same river.
Edmonson is located in the Second Appellate, Third Congressional, Eighth Judicial, Eleventh Senatorial, and Twenty-fifth Legislative, districts.
The postoffices in the county are, Brownsville, Mammoth Cave, Proctor's Cave, Chaumont, Elko, Rocky Hill Station, Arthur, Chalybeate. Nick, Cedar Bluff Mills, Chill, Segal, Asphalt, Grassland, Sweeden, Bee Spring, Goff, Sunfish, Nash, Huff, Big Reedy, Ollie, Cade, Stockholm, Straw and Bee. There are two Rural Free Delivery routes that come into this county, R. F. D. No. 2, Oakland, Ky., and R. F. D., Smiths Grove, Ky.
The local option law is in force throughout the county.

The Edmonson County Court Clerk maintains Searchable Digitized Records which are a major resource for genealogical research. The digitization project was orchestrated by former county clerk, Larry "Butch" Carroll with the assistance of a government grant.

Among others, the Searchable Records include:

Local obituaries can usually be found in the Edmonson County News, which offers no online resources. However, many local obituaries are posted online by the Bowling Green Daily News (formerly known as the Park City Daily News) and also by WBKO, a Bowling Green radio station. Several local funeral homes also have online obituaries. 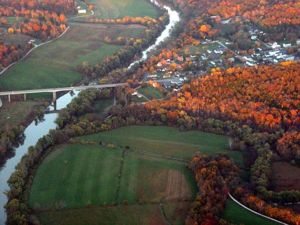 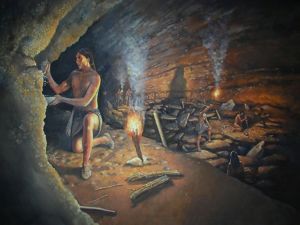 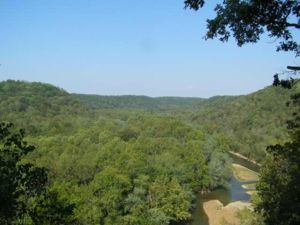 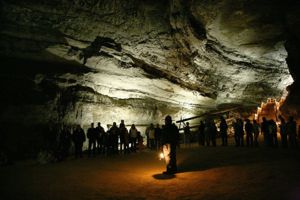 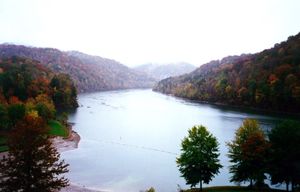 Leave a message for others who see this profile.
There are no comments yet.
Login to post a comment.
Lisa (Ball) Gustafson
I am so excited to find this Edmonson County, Kentucky Project on WikiTree. I started genealogy research right at a year ago. I then took a trip to Mammoth Cave in Oct 2018 with my daughters. We did a couple cave tours and heard from Park Rangers about families buried in the State Park. It was AFTER we returned home that I learned of many of my ancestors being included in the graves there on park grounds! (Reuben Vincent 1792-1874 and others). I so wish I had known about it before our trip. We live in Florida and arent able to travel much.
posted Jun 03, 2019 by Lisa (Ball) Gustafson