[send private message]
This page has been accessed 333 times.

1762 Looking for protection from Comanches, Lipan Apache chief El Gran Cabezón talked Franciscans and the Spanish military into establishing San Lorenzo de la Santa Cruz Mission on the Nueces River. The Mission was abandoned in 1771.[2]
1825 Haden Harrison Edwards from Virginia contracted with Coahuila y Tejas to bring in 800 families into East Texas. The next year, Edwards declares the Republic of Fredonia near Nacogdoches, Texas, (an early attempt to secede from Mexico). [2]

Stephen F. Austin then joined forces with Mexico against Edwards. [2]
1827 -Haden Edwards flees in 1827 to Louisiana for his safety, later to return and spend the rest of his life in Nacogdoches.[2]
1858--Edwards County was created 1 February 1858 from Bexar Land District, but was not officially organized until 1883.[1]
1871 Clint Smith, age 11, and brother Jeff Smith, age 9 were kidnapped by Indians near Rocksprings. [2]
1882 W.J. Greer settles in Edwards county and began a sheep camp at Rocksprings.[2]

1880-1900 Settlers here discovered that the area was not suitable for farming, but had natural grasses for sheep and angora goats. Ranching dominated the county as the demand for wool and mohair increased in the early twentieth century. The production of wool and mohair reached its apex in 1940, with 331,970 sheep and 376,322 angora goats.[3]
1883 Edwards County officially organized and named for Haden Harrison Edwards.[2]
1884 Francis Winan settled in Edwards county, formiing a cattle and sheep ranch at Rocksprings. [2]
1885 A.O. Burrm, settler, begins farming at Rocksprings. [2]
1888-- Edwards County Courthouse at Leakey, which had been constructed 1883, burned on 10 July 1888.[1]
1891 County seat becomes Rocksprings. County Courthouse is built by architects Ben Davey and Bruno Schort in the Romanesque Revival Style.[2]
1898 Rocksprings Telephone Company starts up. [2]
1898 -- Edwards County Courthouse at Rocksprings, built in 1891, burned, leaving just the walls. [2]Obviously the building had to be rebuilt. No record loss.Sheriff saved part records and the rest were in the vault.[1][4]
1913--Real County was carved out of the eastern section of Edwards County.[1]

1927-- Edwards County Courthouse at Rocksprings roof was hit by a tornado. This was reported to be the third deadliest tornado in Texas history, first --(Waco Tornado 1953) and second --(Goliad Tornado 1902). This also occurred south of the "Tornado Alley area".. The F5 began 3 miles NW of Rocksprings, and moved toward SE. of the county. the tornado destroyed 235 of the 247 buildings in the town, killing 74 people and injuring another 205. . It killed 74 people and injured 205, almost 1/3 of the population. [5]No record loss.[1]
1940 Rocksprings calls itself the "Top-o-the-World" in mohair production, which peaks that year.[2]
1946 Oil discovered in the county.[2]
1991 Kickapoo Cavern State Park, 6,400 acres (26 km2) in both Edwards and Kinney County, opens to the public.[2]
1992 Devil's Sinkhole State Natural Area near Rocksprings, home to the largest single-chambered cavern and third-deepest in the state, opens to the public.[2]

Edwards county has had 3 county Seats: Vance (Bullhead), 1858, then Leakey until Leaky became county Seat of Real County in 1913, and Rock Springs. [6]

2nd Courthouse, 1891, Rocksprings. a local town store served as courthouse until a new building could be built..[6]

3rd courthouse, 1891 Romanesque Revival style, square shaped with hipped roof and Mansard cupolas over its N and S entrances. Also there were stone arches over the windows and fancy detailing.. This courthouse was destroyed in the 1897 fire. The details were lost. The architects rebuilt the building in 1898, This time there were stone gables, with carved designs instead of the Mansard roofs. Simple Lintels were over the windows instead of the stone arches.[6]

The building has wooden two over two windows and wooden doors with wooden fanlight transoms and stone voussoirs over the transoms. On April 12, 1927, a tornado, which devastated most of the town, destroyed the courthouse's roof which was later repaired. The courthouse itself was one of the few buildings in town left standing.[6]

The Exterior has unchanged, but the interior was restored with a $100,000 grant to restore the building to its 1898 post fire condition. It has new cement floors, wainscoting were restored or replicated. The Courthouse bench was used as a model for bench seating. Several original 1898 pieces still exist and have been spiffed up, such as the judge's bench and the attorney's table,. Modern electrical, plumbing, environmental systems with an elevator. Rededication ceremony was held on July 5, 2014. - Terry Jeanson[6]

The county is 50% Anglo and 50% Hispanics, which developed in the 1980s. Many of young Anglos left the county to look for education and employment in other areas (they did not want to farm or ranch) and do not return, but the Hispanics generally stay near their families. [8]

Numbers high school graduates increased from 19% of the population aged twenty-five or older in 1950 to more than 50% in 1980.

Politics:
The county voted Republican in all elections after 1976, with the exception of the senatorial races of 1976 and 1988, which were won by Democrats. Before 1976 neither party consistently won a majority. More than 50 percent of the population in 1980 were registered voters.

this is 1,850 acres of rugged ranchland. The former Whitworth Ranch is now owned by the Texas Parks & Wildlife Dept. To see the Devils Sinkhole, safety approved tours leave from Rocksprings Visitor's Center located on the Courthouse Square.[9]

The Devils Sinkhole is known as the largest cavern which is single chamber. Size is 350 feet deep. This is the home of 1 to 4 million Mexican-Free tail bats duE and SE and swallow many insects such as moths and other agricultural pests.. - William Beauchamp, June 2009 [10] 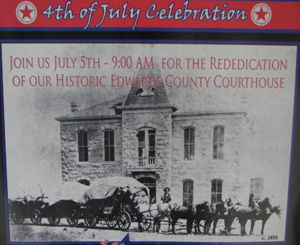 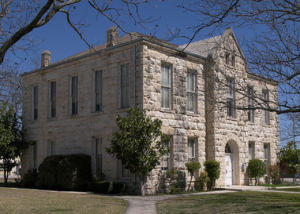 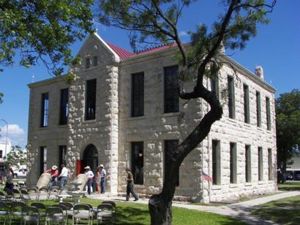 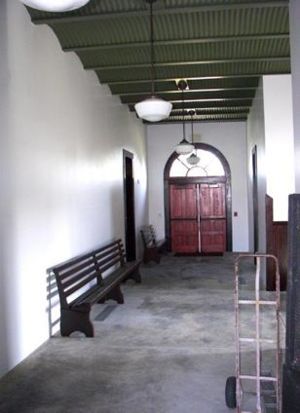 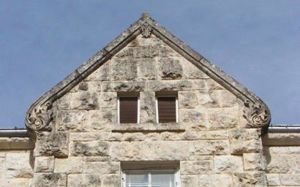