[send private message]
This page has been accessed 482 times.

When the Spanish began exploring, the Manso, Suma, and Jumano Indians were present, they became integrated into the settler population. Others may migrated and become Mescalero Apache bands.

El Paso area communicated with Santa Fe and Mexico City by the Royal Road. ( It seemed to forget there was anything geographically to the East.

County seat El Paso which is spanish for”the Pass of the North” It is named for the pass which was created by the Rio Grande River as it passes through the low mountains on each side.

El Paso city has a law banning the use of cell phones while driving.[2]

The county is a triangular shaped which borders on the Mexico, the area 1,015 mi2 and it lies next to New Mexico as well as bordering on the Mexico border. Thus might be inferred as the gateway westward into New Mexico.

North Franklin Peak, 7,192 feet. is within the Franklin Mountains State Park. These mountains are described as very old, and are precambrian (a tilted-block-fault are the oldest in Texas. This range runs north-south into New Mexico. The range when viewed from Fort Bliss looks different to that as seen on the SW side. Local people call the road which crosses them as the "Transmountain Highway" and refer to the "east side" and the "west side". These mountains seem to contribute to the weather for El Paso County, varying from the arid heat, to a sand storm, to snow in winter, and there is a season of rains (July-Sept).

El Paso county's is located 106°10' west longitude and 31°40' north latitude. Bounded on the southwest by the Rio Grande and Mexico, on the north and west by the state of New Mexico, and on the east by Hudspeth County, Texas, El Paso County is approximately 650 miles west of Dallas and 575 miles northwest of San Antonio.

This county comprises 1,057 square miles of desert and irrigated land that rises from an elevation of 3,500 feet at the Rio Grande to 7,000 feet at the summits of the Franklin Mountains. The Rio Grande valley in this area has been irrigated since prehistoric times and produces bountiful harvests of cotton, pecans, and alfalfa. Weather her is arid, but mild. El Paso County and neighboring Hudspeth County are the only Texas counties on Mountain Time.

Desert flora and fauna are found away from the river. 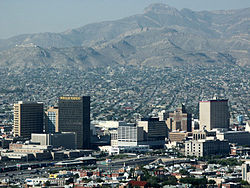 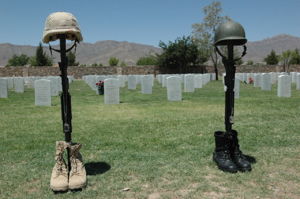